The assailant who killed a member of the Peoples' Democratic Party (HDP) in the Aegean province of İzmir on June 17, said that he started to plan the attack in January and has been since then scouting the HDP building.

In his initial testimony at the police headquarters, he said that he would have hit other people if they were also in the HDP office, according to the Mezopotamya news agency.

“I have fired 10 shots at the HDP building. My purpose was to find a couple of people there, but only one person was there. I have not made any distinction as I thought that PKK [Kurdistan Workers' Party] members come here. If there had been more people, I would have also fired upon them,” he said.

Onur Gencer on June 17 attacked the HDP building in İzmir's Konak district and killed 20-year-old Deniz Poyraz. As he tried to leave the building, he was detained by the police. He was arrested by a court order the following day.

A police report on the murder showed that the assailant killed Poyraz with six gunshots, Mezopotamya news agency said.

Gencer said that he received his gun license in May shortly after his application to the Gaziemir District Police Department.

Gencer's former colleagues told Gazete Duvar that he should not have been granted a gun license.

"The last time that we saw him was in March. He had returned from Syria. He was not inclined to work. He was always angry and had nonstop rage. He was constantly talking about getting a gun license," said a colleague from his former job at the Kemalpaşa State Hospital.

"When I had heard about this, I had said that he should definitely not receive a license. I do not know what the criteria are but he was one of the people who should not have been granted a license," the colleague told Gazete Duvar.

Meanwhile, a video recorded shortly after the attack showed the assailant's calm and relaxed dialogue with the police on June 17. The assailant was not handcuffed as he was detained, with one police officer seen putting his arm on the attacker's shoulder.

A police officer asked Gencer, "What is your name brother?" to which the assailant replied: “I was working in [district of] Kemalpaşa, I resigned. I have not hurt anyone, I fired on one person.”

The assailant was later taken to the police car.

Another newly surfaced video footage shows Gencer walking towards the HDP building on June 17. In the 14 seconds-long footage, Gencer is seen wearing black gloves despite the summer heat and carrying a bag in his hand. He is keeping his head down and looking at the ground as he is walking, the footage shows. 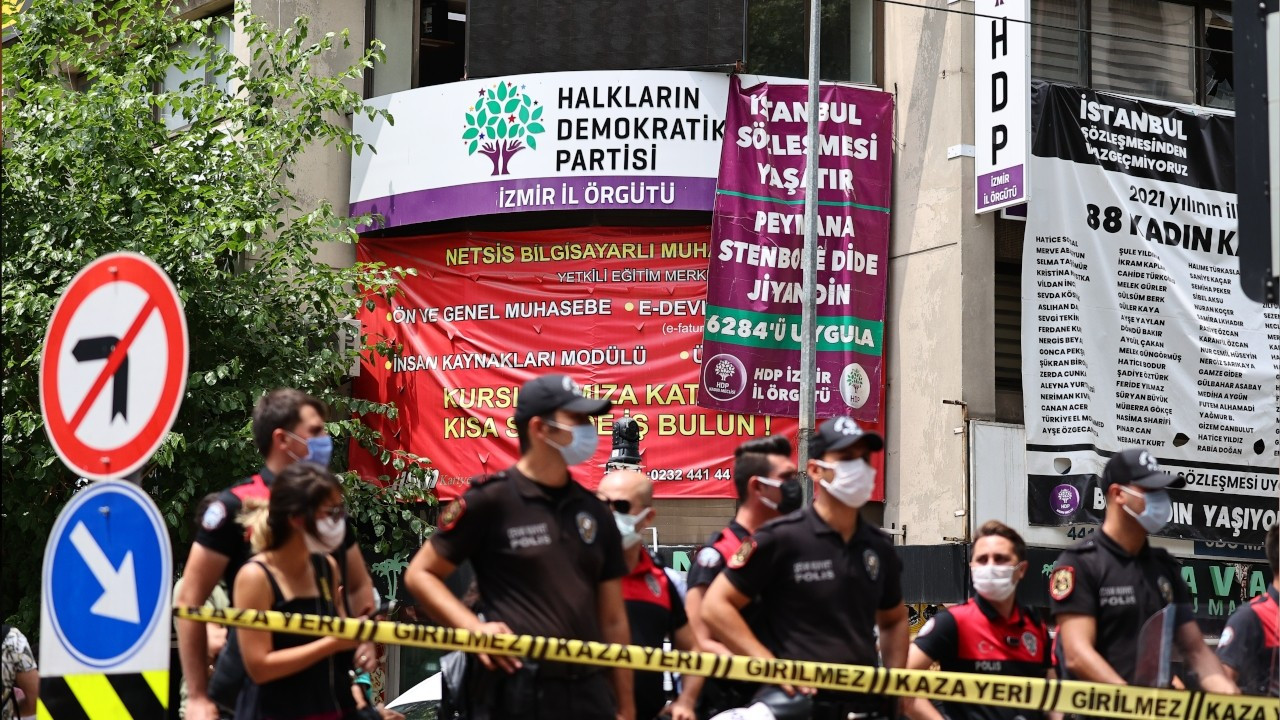