A deputy from pro-Kurdish Peoples' Democratic Party (HDP) has protested efforts to convert an ancient mansion into a mosque in the majority-Alevi village of Şarkışla in the Central Anatolian province of Sivas.

Speaking on a broadcast for Yol TV on Dec. 3, HDP Deputy Ali Kenanoğlu noted that the mansion in question was initially allocated by the local monuments' committee as a cemevi, a place of worship for the Alevi faith.

"This place was certified as a cemevi. The Şarkışla Mufti's Office appealed that ruling six months later, and the Monuments Directorate decided that it become a mosque."

While the construct is recorded as Akbaşoğlu Mansion in city records, the property officially belongs to the office of the neighborhood head (muhtar), the deputy said.

The mufti's office, a local religious authority that reports to the Directorate of Religious Affairs (Diyanet), reportedly took over the property's deed from the muhtar in their attempts to convert the construct into a mosque.

"The villagers protested, they looked into legal measures they can take," the deputy noted.

Kenanoğlu said that there's no evidence of the building being used as a mosque, but that the mufti's office is imposing the idea.

"When assimilation is the goal, it's enough that there are claims [the building] was a mosque."

The deputy said he would support locals' fight against the construction legally and politically. 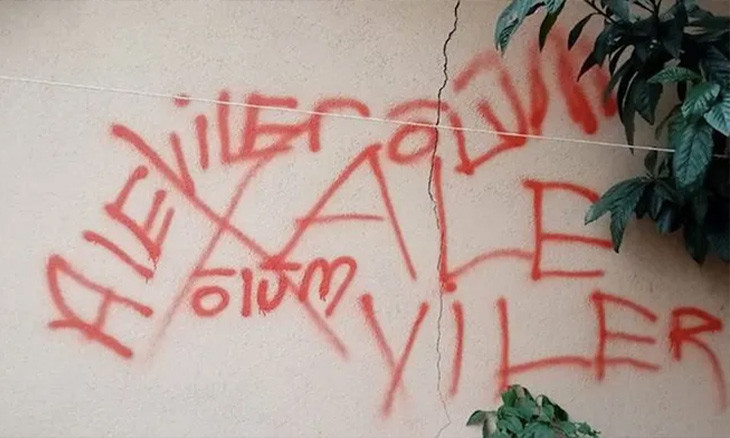