The pro-Kurdish Peoples' Democratic Party (HDP) is looking to form a "democracy alliance" in the upcoming general elections, its co-chairs said in a Sept. 27 declaration, adding that their priority is the return to a parliamentary system.

Co-chair Pervin Buldan said that the presidential system has been at the root of the political stalemate Turkey is currently in and that a pluralistic parliamentary system is the only solution.

"We clearly underline that we have no intention of taking place in any alliance," Buldan said. "We're determined to expand our unity and common fight with the societal and political opposition, as well as labor, women and youth movements under our rally for people's and peace alliances, women's solidarity and ecological union."

The HDP is ready to find a solution for the Kurdish issue, Buldan noted, and said that parliament should be the precursor for a democratic debate on the issue.

Collaboration with the HDP on a resolution has been on Turkey's political agenda in recent weeks as main opposition Republican People's Party (CHP) leader Kemal Kılıçdaroğlu hinted at joint efforts with the party.

"Everyone should take selfless and altruistic steps for the benefit and future of Turkey's peoples. We should resolve our problems not through violence but through talk, debate and dialogue," Buldan said.

The HDP listed 11 items to summarize their approach to the 2023 general elections, with the primary article being "a strong democracy" based on representation, debate and democratic consensus.

"We foresee a democratic parliamentary system where a pluralistic parliament holds the highest power, where the separation of powers is in full effect and balance and control mechanisms are indeed effective," the declaration said.

A strong democracy is based on local governance, the HDP defended, and urged the preservation of local democracies: Almost all of the HDP's elected local officials were replaced by trustees after the 2019 local elections.

An impartial and independent judiciary was the second item recommended by the HDP, alongside an elimination of all ongoing political lawsuits.

"The attitude of managing politics and society through the judiciary has completely devastated justice," the declaration noted, adding that all rulings by international higher courts should be adhered to by Turkish courts.

The HDP's third recommendation was the removal of all government-appointed trustee administrations, in local governments, universities and civil society alike.

The HDP promoted political negotiation over armed conflict for the resolution of the Kurdish issue as their fourth declaration item, noting that history has shown the latter to be futile to the "most deep-rooted issue" in the country.

"It's evident that history mandates dialogue and negotiations over war policies and armed conflict. So all of Turkey's peoples need to take steps with sacrifice and altruism," the HDP said.

"Dialogue with all sides and the replacement of the denial and oppression politics with democracy and peace is necessary for the resolution of this issue that's directly linked and intertwined with the democratization of the republic."

It's crucial to respect all global identity rights, primarily the right to mother tongues, to establish a consensus, the HDP noted.

The HDP also promoted a peace-oriented foreign policy, freedom and equality of women, fair and equitable economics, prioritization of qualifications in public servants, respect for the environment, a free life for the youth and a democratic constitution as their declaration items. 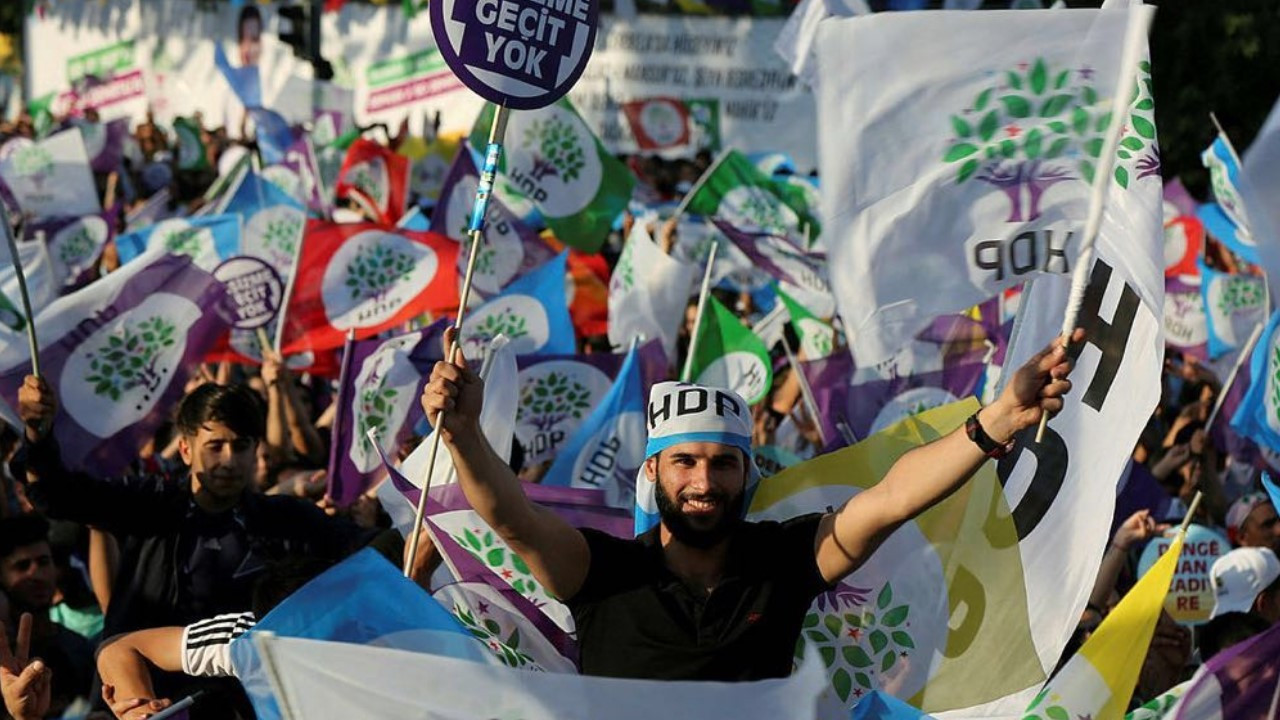 Both political alliances will need us on their side in elections: HDPPolitics