Peoples’ Democratic Party (HDP) lawmakers on Oct. 11 marched to the Parliamentary Speaker’s Office for MP Habip Eksik who has been subjected to police violence during a demonstration.

HDP parliamentary group deputy chair Saruhan Oluç here read out the party’s press statement, saying that Eksik was hospitalized due to three fractures in his leg and could not yet be discharged.

Oluç said that Şentop had refused to give them an appointment to talk about the issue. “He (Şentop) has not given us an appointment although we asked for one yesterday. And this gives a powerful indicator that he is behind this attack. We expect a statement from him,” Oluç was quoted as saying by ANKA News Agency.

Oluç also called on opposition deputies to condemn the violence against MP Eksik, saying: “They (police) have kicked the deputy (Eksik) that fell on the ground. The incident is so clear. We expect an attitude from all political parties with regards to this issue. Before as well, various attacks have taken place against our deputies. This is the extreme point.”

On Oct. 9, the HDP and some associations held a march in various provinces against the isolation imposed on jailed Kurdistan Workers’ Party (PKK) leader Abdullah Öcalan. The demonstration came on the 24th anniversary of Öcalan’s expulsion from Syria.

Demonstrators faced a harsh police violence, with several detentions occurring and with Eksik getting his leg broken.

The Hakkari governor’s office later released a statement, accusing Eksik of throwing himself on the ground “to create the perception that the police used excessive power.” 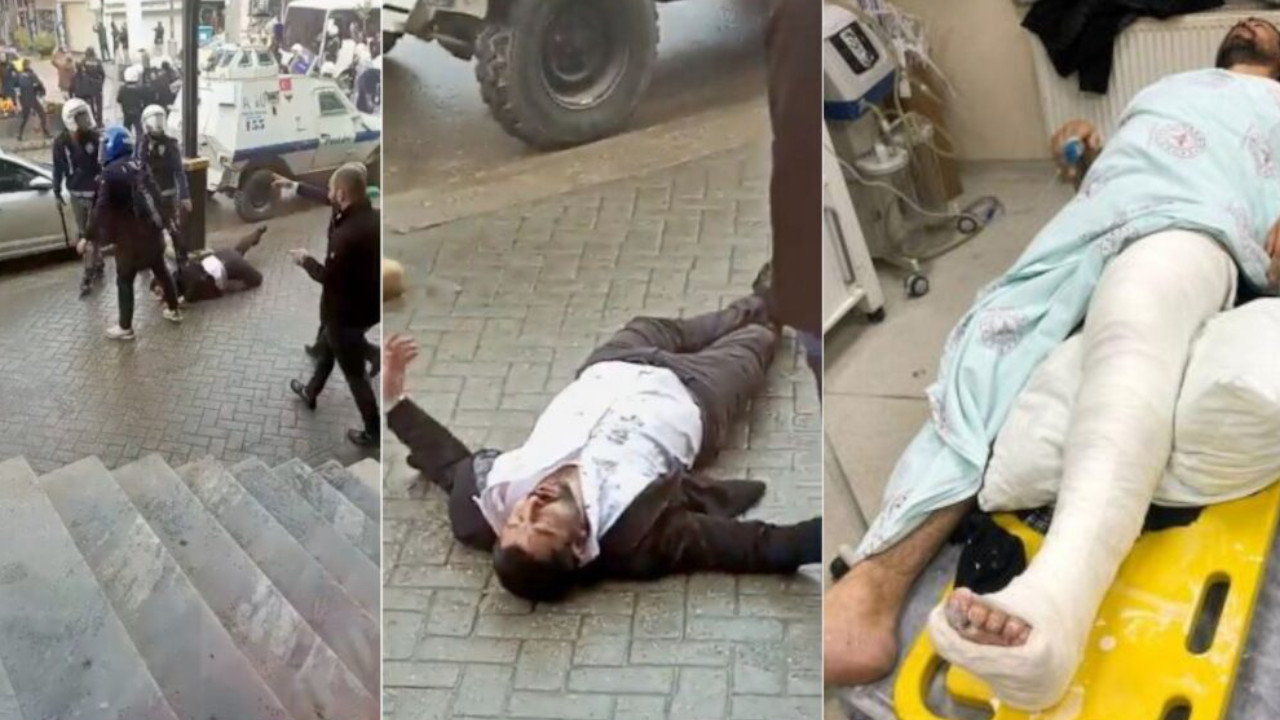