A Turkish medical chamber in the country's west has called for a curfew in a bid to curb the spread of the coronavirus (COVID-19), as it also questioned the official figures announced daily by Health Minister Fahrettin Koca.

Fatih Sürenkök, a board member of İzmir Medical Chamber, said that he doesn't trust the official figures "since even health workers who were in contact with coronavirus patients are not undergoing tests."

“If a healthcare worker who has come across the virus is not even being tested, then it is impossible for these figures to be accurate. For that reason I don't think that the numbers are like those that the ministry is announcing," Sürenkök told Duvar.

"The figures are not in line with the course of events in our country. I think the real figures are much higher than these numbers. I hope the number is what the minister says it is, I would love to be wrong on this subject,” he added.

According to Sürenkök, 22 doctors are being treated at various hospitals in İzmir for the virus.

While calling on authorities to impose a curfew as soon as possible, Sürenkök noted that there is a major risk due to the high population of retired and elderly people. 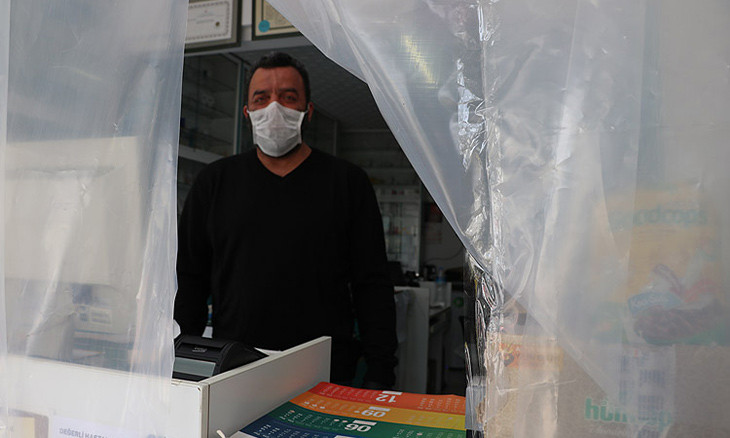 Pharmacists in Turkey's capital don't have masks for their own use, nor for sale

“At the moment the healthcare community and if possible the entire society needs to be tested. There those lacking symptoms like high fever, coughing and breathing problems but who are wandering around and are carriers of the virus. When you can't identify this, these people will walk around like biological live bombs," he said.

Sürenkök said that China was successful in quarantining neighborhoods, districts and provinces based on the presence of the virus, but in Turkey there is still a lack of information regarding where those who have died as a result live.

"Turkey is proceeding in such a way that there are only virtual figures. Most recently there were 59 people that passed away. Who are these 59 people. My next-door neighbor, someone [living in the eastern province of] Ağrı? We don't know. Think about it, I am on the administration of a medical chamber and legally obligated to protected the health of the public as a doctor and I don't even know!” Sürenkök said.