Workloads have increased and working conditions have gotten worse for women in Turkey amid the coronavirus pandemic, according to a report released by the Women's Labor and Employment Initiative (KEİG).

The report emphasized that the women's labor force in Turkey, which is much smaller than the male labor force, is primary confined to social service sectors such as healthcare, education, working with elderly or disabled people, maids or home cooks, and the food and retail sectors.

As the pandemic has hit Turkey, the working hours for women in these sectors have grown longer, while conditions have become tougher as their health is increasingly under threat, according to the report. 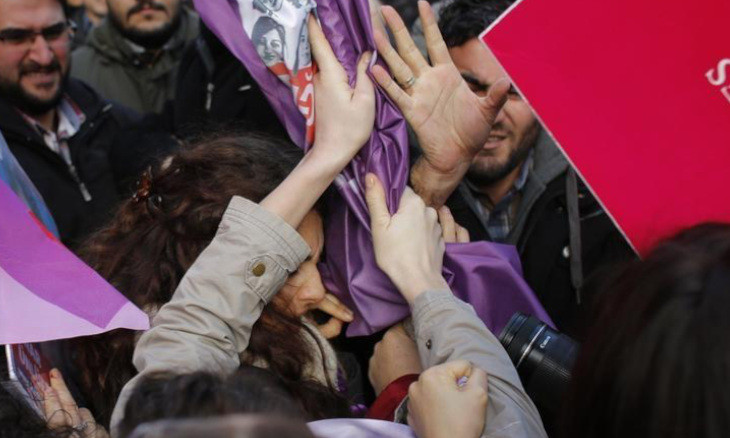 Turkish women quarantined at the scene of the murder

Prior to the pandemic, unemployment among women in Turkey was higher than the figure for men at 16.3 pct., while unemployment excluding the agricultural sector, which employs large numbers of  women, was 14 pct. for men and 19.5 pct. for women according to official figures from January 2020.

Other problems that working women face include being fired, being put on unpaid leave, not receiving their wages, and having unbearable work loads between their jobs being coupled together with their household tasks.

In the report, KEİG listed a number of demands, including regulations to be made regarding those who have lost their jobs in the retail sector, the majority of these jobs of which were in shopping malls, which were closed until earlier this week. The report called for women working in markets and in food service to be supplied with proper protective equipment, given the high volume of people they come into contact with on a daily basis.

The report also called upon the Ministry of Education and the Higher Education Board (YÖK) to establish a partnership with teachers, volunteers, parents, women's organizations, long-distance education and information experts, and labor unions and engage in work for the purpose of doing away with gender inequality in the country's education system.