Thirteen years after Armenian-Turkish journalist Hrant Dink was assassinated in Istanbul, the trial of several people accused of involvement in the murder, including government security officials, is still dragging on.

A 2017 indictment accused the police officers and intelligent agency now on trial of neglect of duty, destroying evidence and other offenses. A total of 77 suspects are on trial as part of the case.

A day later on Dec. 15, the court asked the Dink family's lawyers to present their review of this opinion of the prosecutors but gave only two days to submit their answer, i.e. until the next scheduled hearing on Dec. 17.

Dink family's lawyers criticized the court's decision, saying that they need two months to prepare their opinion with regards to such a high-profile case

Dink's relatives and followers of the case have long claimed that government officials, police, military personnel and members of the National Intelligence Organization (MİT) had played a role in Dink’s murder by neglecting their duty to protect the journalist.

Every year since Dink’s murder, thousands have gathered outside Agos offices on that date to remember the journalist, whose life-long campaign for reconciliation between Turks and Armenians won him as many enemies as admirers. 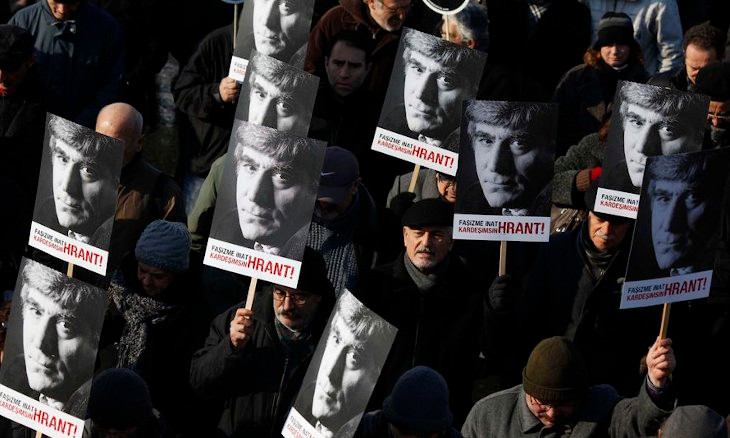