A man who interrupted President Recep Tayyip Erdoğan's speech in parliament to tell him that his children are hungry on Feb. 12 was detained on Feb. 13.

The man, whose identity remains unknown, shouted from the audience during Erdoğan's address to his ruling Justice and Development Party (AKP).

"Dear Mr. President, I got laid off from my job for participating in July 15 [2016 coup attempt]. My kids are hungry. Help me, recognize the courts' decision," he said, possibly referring to a ruling to reinstate him to his previous job, as Erdoğan was talking about the movement of the U.S.-based Islamic preacher Fethullah Gülen, widely believed to have been behind the 2016 attempted takeover.

The political leg of the Gülenists - officially called the Fethullahist Terrorist Organization (FETÖ) - has been the main topic in Turkish politics for the past couple of days.

Erdoğan and main opposition Republican People's Party (CHP) leader Kemal Kılıçdaroğlu have engaged in a war of words over the support provided to Gülenists.

The man in the back row was not done talking when Erdoğan resumed his speech, slamming Kılıçdaroğlu for saying that Erdoğan was to blame for the group's infiltration in the state institutions.

"Is [the political wing of FETÖ] the politician whom FETÖ tried to assassinate on the night of the coup or the politician for whom FETÖ paved the way?" asked Erdoğan, referring to Kılıçdaroğlu in the second half of his question.

Erdoğan also said that Kılıçdaroğlu's 2017 Justice March against the crackdown on public institutions during the year following the failed coup was an attempt at helping FETÖ.

Over a million people attended the finale rally of the March, demanding justice for the tens of thousands of people arrested or suspended from their public posts on the grounds of FETÖ involvement following the botched coup. 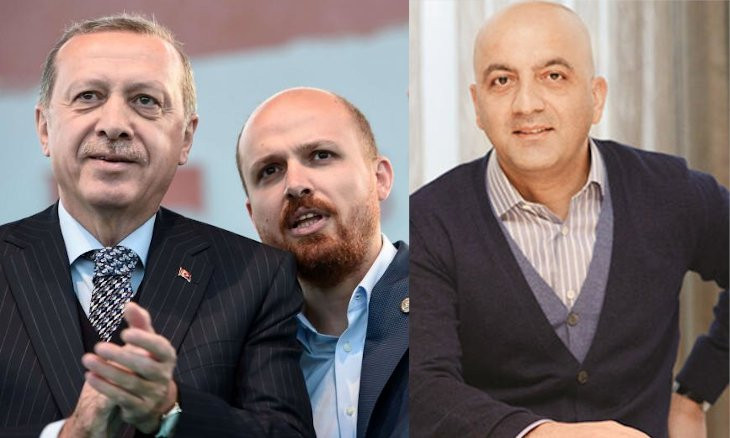 "Kılıçdaroğlu did the Justice March for FETÖ. Kılıçdaroğlu is the political leg of this structure," Erdoğan said.

During the CHP parliamentary group meeting on Feb. 11, Kılıçdaroğlu said that the legislative and government policies adopted during Erdoğan's time in office allowed Gülenists to take over the judiciary, military, police forces and interior ministry.

“The political authority that paved the way for FETÖ is its political leg. The name of the person who handed over the state to FETÖ is Recep Tayyip Erdoğan,” Kılıçdaroğlu said.