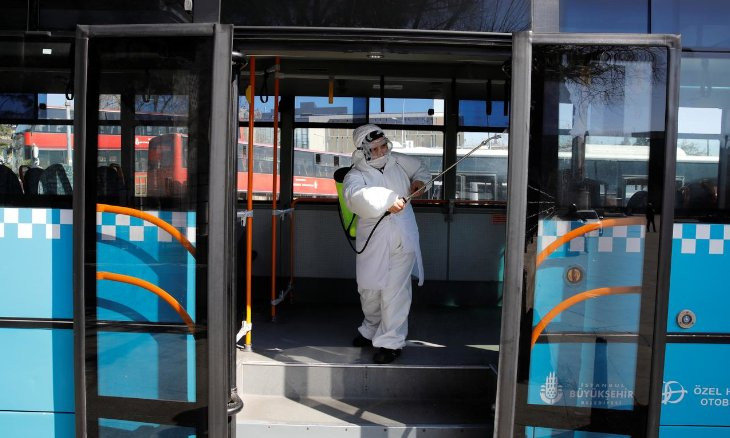 A truck driver who criticized the government's calls for staying home amid the coronavirus outbreak due to his obligation to work was detained and subsequently freed on March 29.

In a video he shared on social media last week, truck driver Malik Yılmaz said he has to work to earn a living.

"You're saying, 'Stay home Turkey.' How can I? I'm not rich. I'm a worker. I'm a truck driver. I can't earn my bread if I don't work. I can't pay my bills and rent. Not being able to pay these is worse than dying. It's better if I die," Yılmaz said in the video.

Turkish authorities have been calling on people to stay home in a bid to curb the increasing number of coronavirus cases without imposing a curfew. As a result, hundreds of thousands of people still have to go to work amid the threat posed by the virus.

"You should adopt precautions to protect us, so we can adopt precautions for our lives. I'll either die because of hunger if I stay home based on your warnings or because of the virus. But this virus won't kill me, your order will," Yılmaz also said in the video that went viral.

Yılmaz was detained in the southern province of Hatay over "inciting people to not follow the rules," with the official police statement accusing him of "inciting hatred and enmity" in the "provocative" video.

The incident was slammed on social media, with thousands criticizing the ruling Justice and Development Party (AKP) for detaining a man for simply criticizing the current order of things.

He was released on condition of judicial control later in the day.

"What I said is our reality," Yılmaz said after being released, adding that he has no intention to provoke people.

"I voiced the problems of the poor. I stand by my words. Us being outside is a threat to public health. I told these to police when I was in detention," he also said.

Saying that he would prefer to spend time at home with his family, Yılmaz noted that he has to work for the good of them.

"This order is killing poor people," he added.

Soylu's remarks were slammed by Hatay Bar Association head Ekrem Dönmez, who said that Soylu and the government are trying to prevent such objections from spreading on social media.

"If there wasn't any societal solidarity, he could have been arrested. What should be done is not to scare people, but adopt the necessary precautions," Dönmez said.