Death fasting musician Helin Bölek has died on the 288th day of her death fast in Istanbul's Sarıyer district, her group Grup Yorum said on April 3.

"Helin Bölek, who was on a death fast for 288 days, was martyred," Grup Yorum said on its Twitter account with a picture of Bölek on her death bed.

Bölek and İbrahim Gökçek, two members of Grup Yorum, went on a death fast with a number of demands, including the ban on their concerts to be lifted and the raids of İdil Culture Center, where the group carries out its works, to be stopped.

On March 11, Bölek and Gökçek were taken to a hospital without their consent after police raided their house. 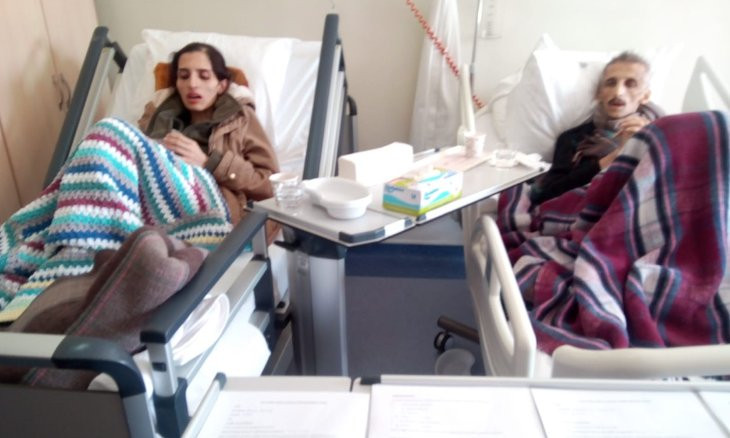 In a recent interview, Bölek had told Duvar that they don't want to harm themselves, but that they only seek their voices to be heard.

Thousand of people took to Twitter to share messages of condolences, including Peoples' Democratic Party (HDP) deputies and main opposition Republican People's Party (CHP) deputy Sezgin Tanrıkulu, with many criticizing the government and asking whether their demands were so hard to meet that she was left to die.

Shortly after Bölek's death, Grup Yorum shared a video of Gökçek, who asked "Are you satisfied?"

"There you go, what happens now? Who will be brought to account? You killed a 28-year-old artist. Either I was going to die or she would. Are you satisfied?" Gökçek says in the video.