A law association has said that it will apply to the European Court of Human Rights (ECHR) and the United Nations over the burial of bodies belonging to the Kurdistan Workers' Party (PKK) militants under sidewalks in Istanbul after being taken from the Kurdish-dominated southeast.

Association of Lawyers for Freedom (ÖHD) said on May 26 that they prepared reports on the bodies taken away from the Garzan Cemetery in the Tatvan district of the southeastern province of Bitlis to be buried under sidewalks in Istanbul's Kilyos Cemetery.

The remains of 261 bodies that were brought to Istanbul from the Oleka Jor village for forensic examinations three years ago were found in plastic boxes under sidewalks last week. They were found to be put on top of each other in boxes numbered from 1 to 18.

Following the incident, the ÖHD carried out examinations at the scene and asked for the bodies to be returned to their families, as well as urging authorities to launch an investigation into the unlawful process.

As part of its legal efforts, the association will now take the case to the ECHR and the UN.

Commenting on the incident, lawyer Serhat Çakmak from the ÖHD said that the whole process is filled with unlawfulness.

Saying that the state focused its attention on damaging cemeteries in the Kurdish-majority areas following the collapse of the peace process between the state and the PKK in 2015, Çakmak noted that similar incidents took place in other southeastern provinces as well. 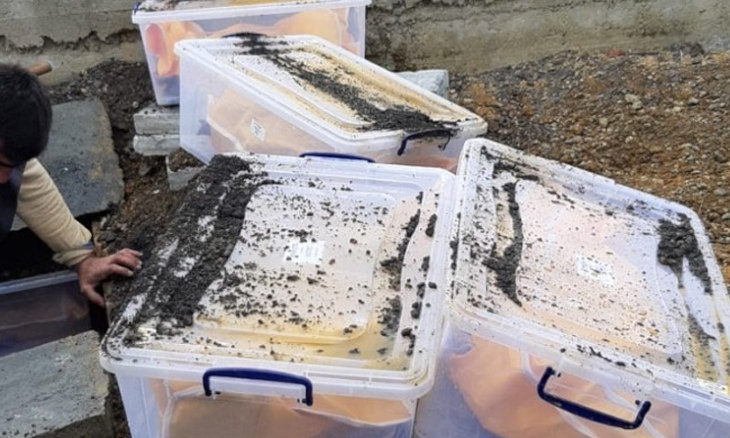 "This is a severe rights violation. Two parties have the aim to defeat and kill one another in laws of war. However, once the individual is dead, no one would intervene in the following process of carrying out religious rituals. This understanding evolved into a tradition in societies and became a rule in law," Çakmak told Mesopotamia News Agency.

Çakmak noted that the only aim of the families is to retrieve the bodies for a proper burial, adding that methods of burials are the same for everyone.

"The bodies can't be buried on top of each other, there should be a certain distance between them and the places of burial should carry the characteristics of a cemetery. While the authorities bear the legal responsibility for ordering such a burial, the main rights violations was experienced by the families," he said.

"The fact that the families are made to suffer by violating the right to a burial and that these procedures have turned into torture shows that international agreements are violated," he added.

Saying that they filed complaints as the association, Çakmak noted that they are struggling to reach administrative and legal authorities on the issue.

"We tried very hard to receive healthy information from the authorities, but struggled to reach them," he said, adding that the file in the Bitlis Chief Public Prosecutor's Office has a confidentiality order imposed on.

Çakmak also urged the public to raise their voices on the issue.

"We know very well that changes and transformations took place when people react," he said.