The mother of a 19-year-old teenager who was killed during the Gezi Park protests of 2013 said that she still struggles to accept that her son will not come back.

Emel Korkmaz said that she has been visiting Ali İsmail Korkmaz's grave every week.

“I've been waiting for him to come with his suitcase in his hand. If he was still alive he would have taught wonderful things to children, but my little one died,” Emel Korkmaz told daily Birgün to commemorate him on the seventh anniversary of his death.

“I still can't see him in my dreams. I want him to say 'My dear mother, I'm fine.' Seven years ago he was resilient, but while hoping that he would come back, he lost his life,” Korkmaz said of her son. 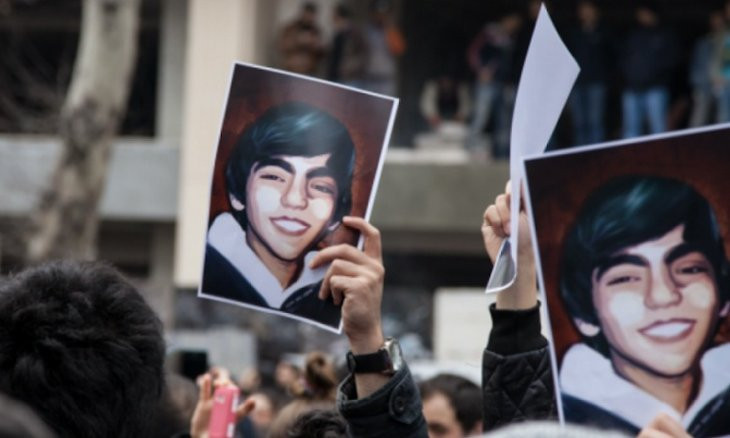 Ali İsmail Korkmaz was beaten to death on June 2 by a group of officers and civilians in the northwestern province of Eskişehir during the Gezi Park protests, which started in Istanbul’s Taksim following harsh government response to a group of protesters trying to prevent the cutting down of trees for a large development project planned by the government in 2013.

“Every week on Friday I visit my little one. I touch his grave and speak to my son. Ali is gone but he left us his legacy. Hundreds of children are receiving education in his name. Ali's ideas and the things he wanted to do live on,” Emel Korkmaz said, referring to the Ali İsmail Korkmaz Foundation.