The Journalists' Union of Turkey (TGS) on Aug. 26 held a press meeting in the southeastern province of Diyarbakır, protesting the intimidation and threat against daily Evrensel journalist Cengiz Anıl Bölükbaş. What Bölükbaş experienced “is an expression of the wish [of the government] to return back to the horror republic of the 1990s,” said TGS's Diyarbakır representative Mahmut Oral. 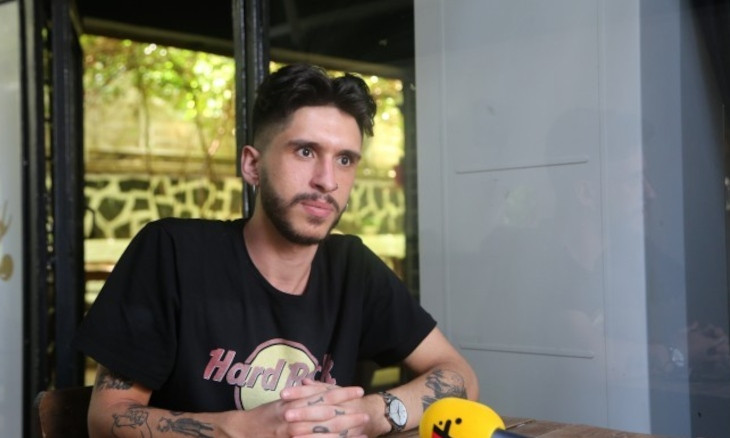 Three people who presented themselves as police officers on Aug. 24 detained Bölükbaş and tried to convince him to work as a police informant. When Bölükbaş said he would not accept this proposal, police officers in question reportedly told him: “Ok, you might doing a legal job, but some organizations here are getting involved with illegal jobs, bombs are exploding, and you would not want to take on this responsibility.”

During the press meeting, Oral said that the ruling Justice and Development Party (AKP) sees “journalism as terrorism and journalists as terrorists in a systematic way” since it came to power in 2002. “When the situation is like this, its officious civil servants on the field do not refrain from showing the journalists' job of being critical … as a crime,” Oral was quoted as saying by Evrensel.

Karataş said that it is unacceptable for the works of the journalists “to be terrorized.” “And we cannot stay silent against this. From here, I once again remind [authorities] of the Constitution's governing law: the press is free and cannot be censored. And no journalist can be forced to reveal their source. Also, to force someone into being a spy is another crime,” he said.

Taşçıer said that the ruling AKP has been “trying to form a media army of its own” through threats and economic sanctions. “[AKP] has been trying to intimidate journalists with threats. We stand by journalists who take a stance against this,” he said.

Aydın said that what Bölükbaş experienced is an indicator that the authorities are trying to block people's freedom to reach information. “Threats against the opposition press is continuing in a non-stop way. If the [government] does not call the relevant people to account for this, does not determine the suspects, then unfortunately such incidents will continue,” he said.

Çetin demanded that an investigation be immediately launched into police officers who threatened Bölükbaş with framing him with bomb attacks. “This can be done by prosecutors who do not receive instructions and orders from the [Presidential] palace,” Çetin said.