The death of an inmate in a prison in the Central Anatolian province of Kırıkkale following apparent torture has brought prison conditions under scrutiny once again.

Serkan Tumay's family said that his body was filled with bruises and held prison guards in Kırıkkale F-type Prison responsible for his death.

Tumay's brother Gökhan Tumay said that he had previously asked for his brother's transfer to another prison because he was heavily beaten by guards.

While prison authorities gave no explanation on his death on Oct. 17, his family claimed that it was as a result of the heavy beating by prison guards a month ago.

"I believe that my brother was killed because of the beating incident that we complained about previously. That's why I filed a complaint about the prison management," Tumay said, adding that he asked for the examination of camera footage.

According to the family, Serkan Tumay wasn't taken to a hospital after suffering from heavy injuries.

Tumay's mother Hasibe Tumay said that she wasn't allowed to visit her son and that's when the beating took place.

"Prison authorities killed my son. At first officials with masks locked him up in a room and broke his arm and skull and now they killed him. I filed a complaint against everyone who caused the death of my son. They will be held accountable," Tumay said.

"Are there any reports regarding the beating of Serkan Tumay in prison? Was an investigation launched into the incident? When was the last time he was taken to a hospital?" Karaca asked.

"Another suspicious death in prison!" Gergerlioğlu said on Twitter.

Mustafa Kabakçıoğlu's lifeless body was found on a plastic chair and media reports said that he repeatedly asked to be transferred to a hospital.

Opposition deputies questioned whether Kabakçıoğlu's death was as a result of neglect. 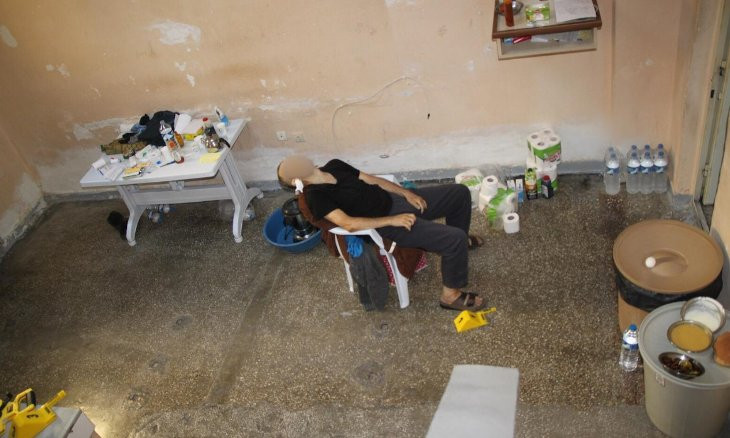