The governor's office of the southern province of Hatay has refused to grant permission for the prosecution of seven police officers in a case into the killing of Ahmet Atakan, a demonstrator who lost his life in Antakya in 2013 linked to the nationwide Gezi Park protests, daily Birgün reported on Nov. 4.

Atakan, 22, had been taking part in a sit-in protest with about 40 other people in Antakya, when he was killed on Sept. 10, 2013. The purpose of the sit-in protest was to commemorate Abdullah Cömert, another Antakya local who was killed by police in early June 2013 at the beginning of the Gezi Park protests.

Anti-government protests took place in Turkish cities in summer of 2013. Earlier demonstrations were sparked by plans to redevelop a park in central Istanbul, but later snowballed into a broader anti-government movement.

Activists said in their testimonies that Atakan was hit in the head by tear-gas canisters fired by the police, and also four gas canisters were found at the place where the 22-year-old lost his life.

An expert report in 2018 documented that blood found on the four gas canisters matched the DNA profile of Atakan. Upon the release of this report, the Hatay Chief Public Prosecutor's Office asked the local governor's office to grant authorization to initiate a prosecution against seven police officers who were at the scene of the incident where Atakan was injured. The Hatay Governor's Office however claimed that the report could not be considered as an evidence and maintained its claim that Atakan had fallen from a building to his death.

According to the Law on the Prosecution of Civil Servants, the judiciary must get permission from the relevant government authority before being able to proceed against a civil servant.

Atakan's family took the decision of the governor's office to the court. “The injury matches the damage that has been caused by the gas canister. This situation can be enlightened only with a judicial prosecution, therefore a public case needs to be launched. No judicial action has been undertaken against police forces that acted in violation of the laws and international agreements by imposing violence against peaceful, democratic demonstrations,” said the appeal filed by the family. 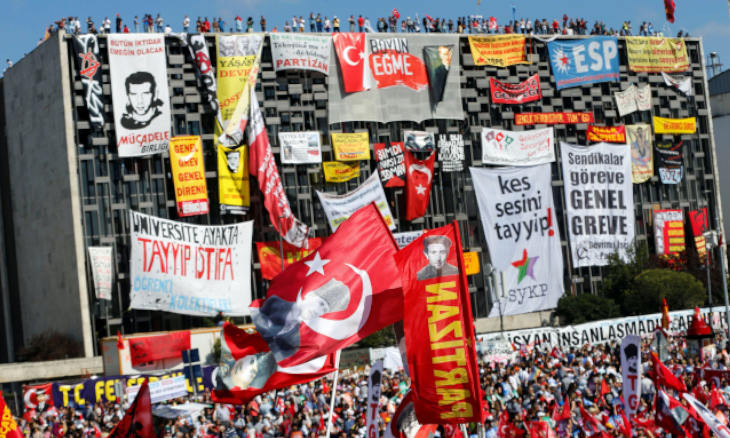