Crimean Turks and Ukrainians on Feb. 27 gathered in Istanbul’s Beyazıt Square and protested Russia’s attack on Ukraine and its invasion of Crimea, upon the call of Crimean Turks Culture and Solidarity Association.

Hundreds of protesters who carried banners with anti-war phrases in Turkish, English and Russian, called on the world not to say silent in the face of Russia's attack. 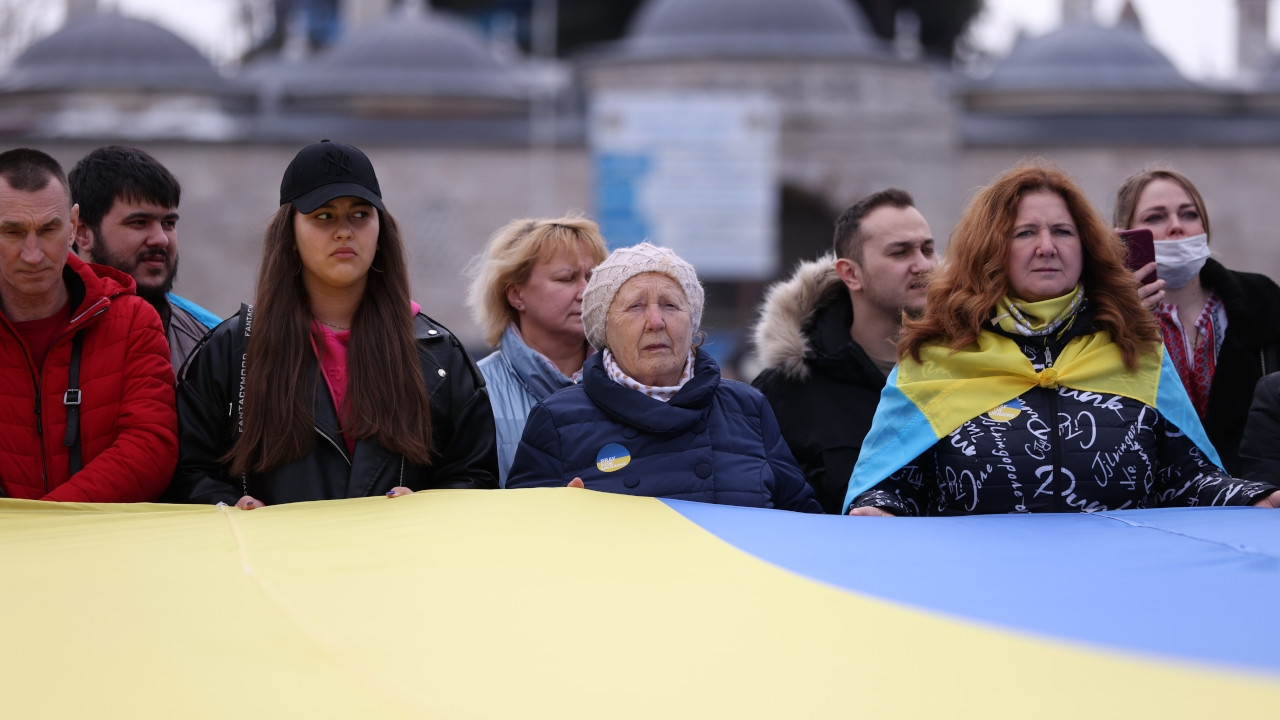 Ukrainian Cultural Association vice head Aliya Usenova called for tougher sanctions against Russia during the protest. “What is happening today is not just the Russia-Ukraine war. It is the war of the whole world. If it is not stopped, all countries will be involved in this war. We will either end this war or perish,” she was quoted as saying by Voice of America's Turkish service. 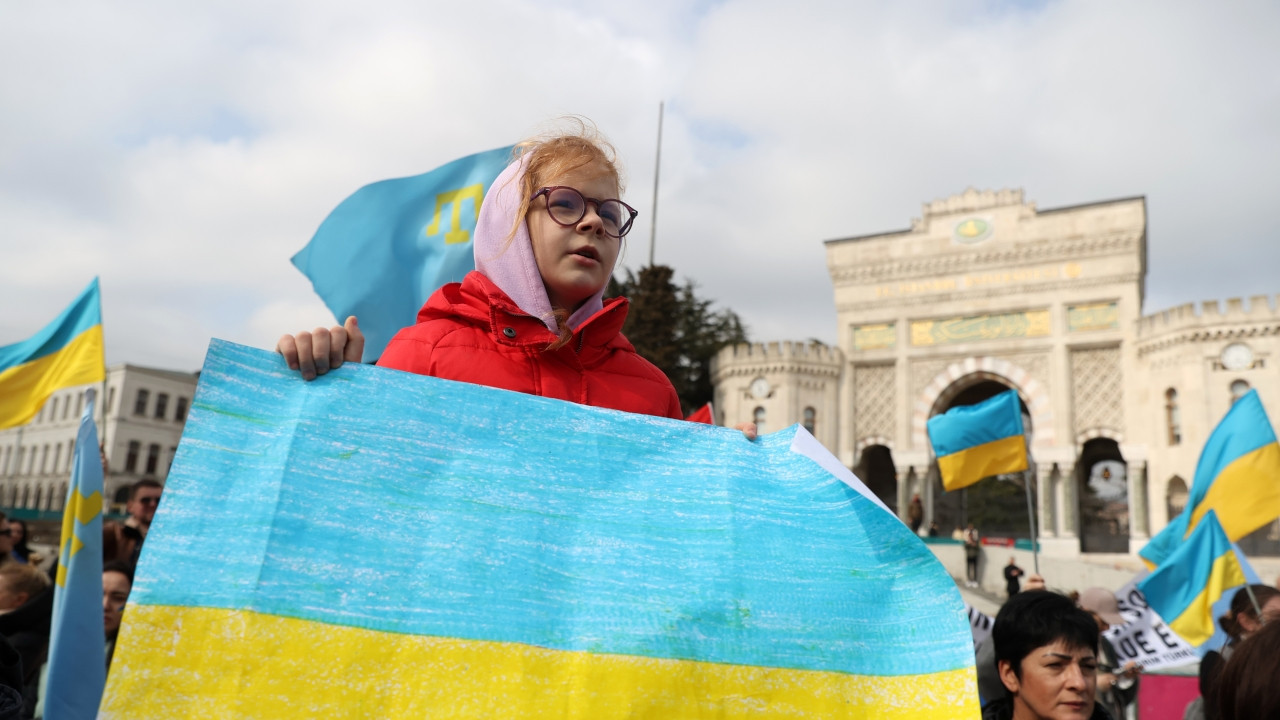 The head of the Crimean Turks Culture and Solidarity Association, Celal İçten, also released a statement during the protest, calling on the world to unite against Russia's oppression of minorities and attacks.

“By targeting civilians and children, Russia caused the death of many people. For the peace of the world, the whole world must unite and find a way to stop this wild beast as soon as possible,” İçten was quoted as saying by state-run Anadolu Agency.

As fierce fighting continued across Ukraine overnight into Feb. 28 morning, Kyiv said it would push for a cease-fire at talks with officials from Moscow.

The meeting on the Belarussian border comes after Russian President Vladimir Putin ordered his nuclear deterrent force to be on high alert, a huge escalation in Russia's confrontation with Western powers who have increased their supply of lethal aid to Ukraine and imposed crippling financial sanctions. 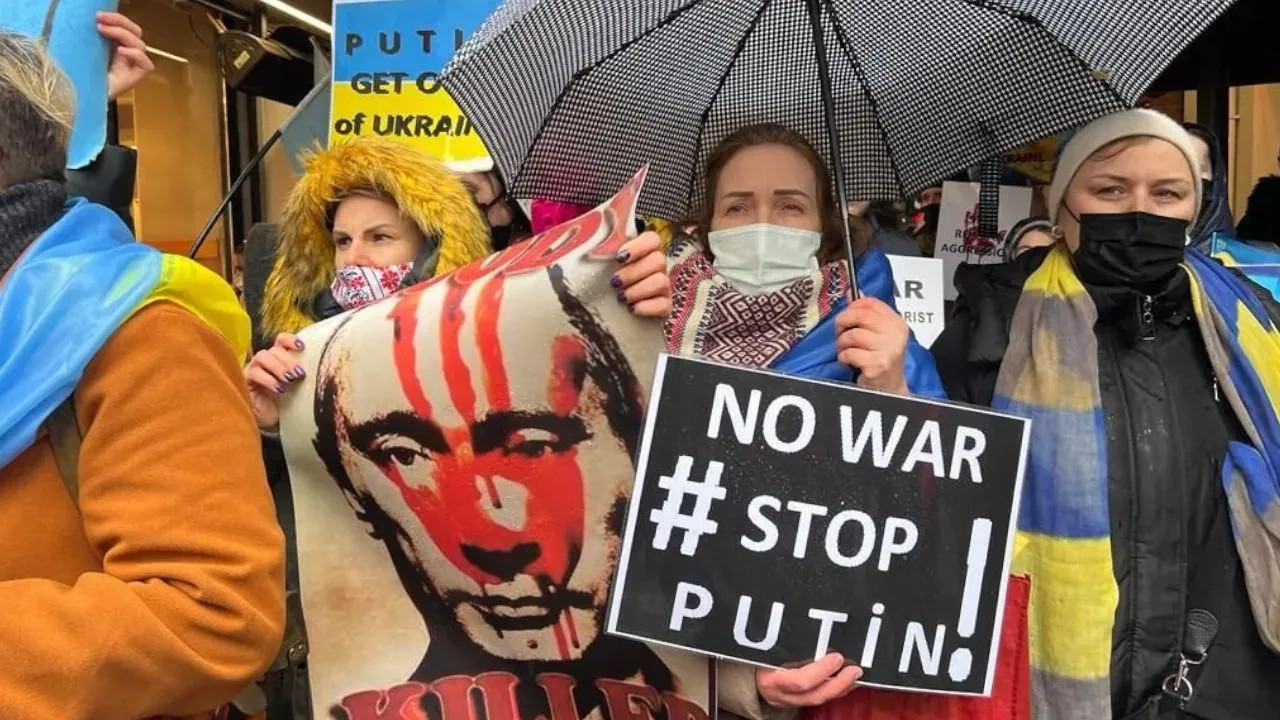 Ukrainians living in Turkey call for support amidst Russian attackPolitics 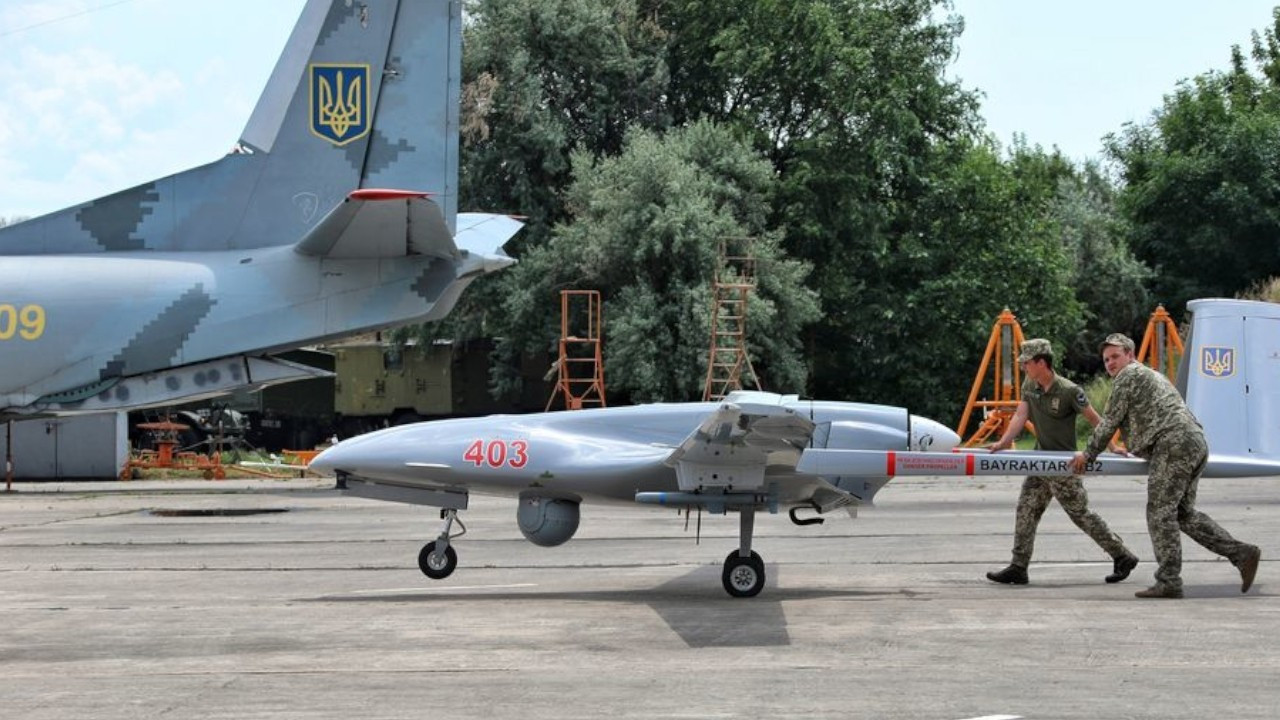 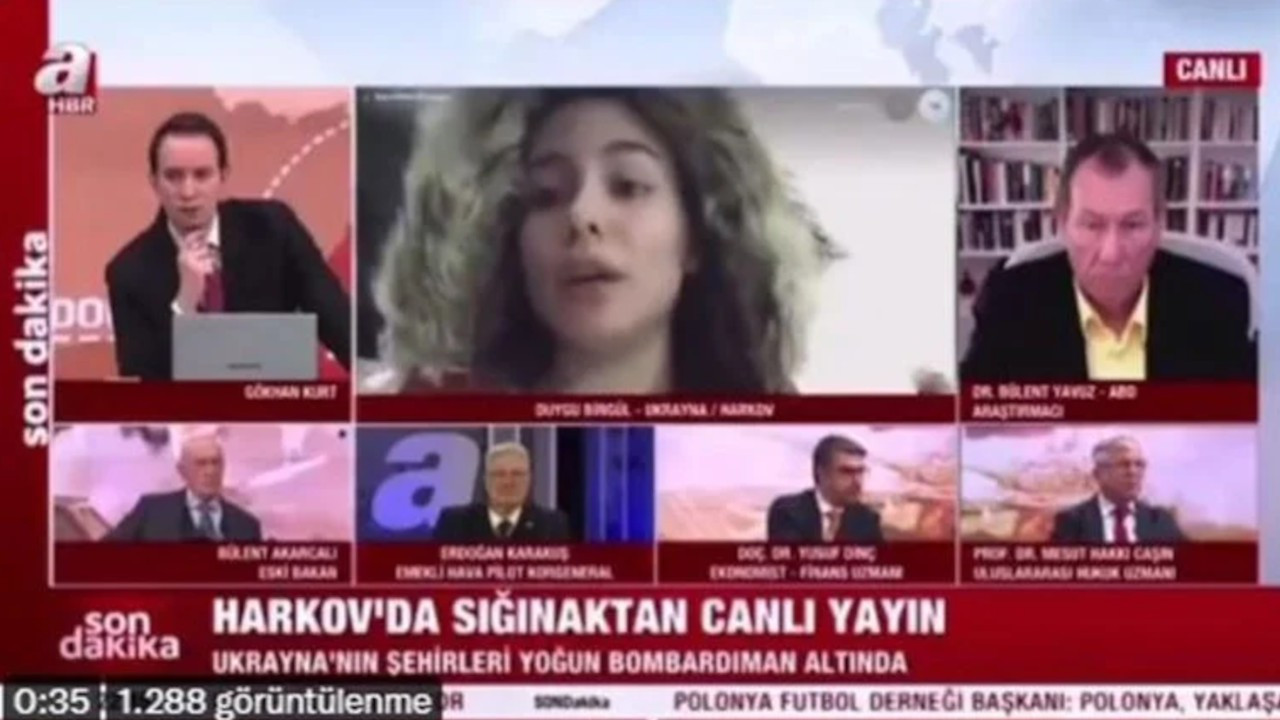