Turkish prosecutors have launched an investigation into 16 people for participating in a ceremony in Istanbul’s Kadıköy district on July 20 to commemorate the victims of the ISIS suicide bombing that took place in 2015 in the Suruç district of the southeastern Şanlıurfa province.

The prosecutors prepared an indictment against the 16 people in question and alleged that they “battered the police” while they were being detained. The indictment accused the 16 people of “resiting the police for them not to fulfill their duty,” according to reporting by Mezopotamya news agency on Sept. 18.

The indictment has been accepted by the Istanbul 69th Criminal Court of First Instance, and the first hearing of the case will be held on Jan. 25, 2023.

After the crowd attempted to march in Kadıköy, they were stopped by the police who formed a human blockade. Images showed that several protestors were brutally detained. Later, the Istanbul Governor’s Office issued a statement saying that 106 demonstrators had been detained and that 16 of them were dispatched to the prosecutor’s office.

After taking the detainees’ testimonies, the prosecutor’s office demanded that 14 people be released under judiciary control measures, whereas demanded the arrest of two people. The court handed down a decision of house arrest for the two demonstrators in question.

The Justice for Suruç Platform, a group of lawyers and legal institutions involved in the case, says that government officials had prior knowledge of the attack but turned a blind eye to it. They demand a more extensive investigation into the incident amid reports of neglect and deficiencies on the part of several members of police and intelligence services. 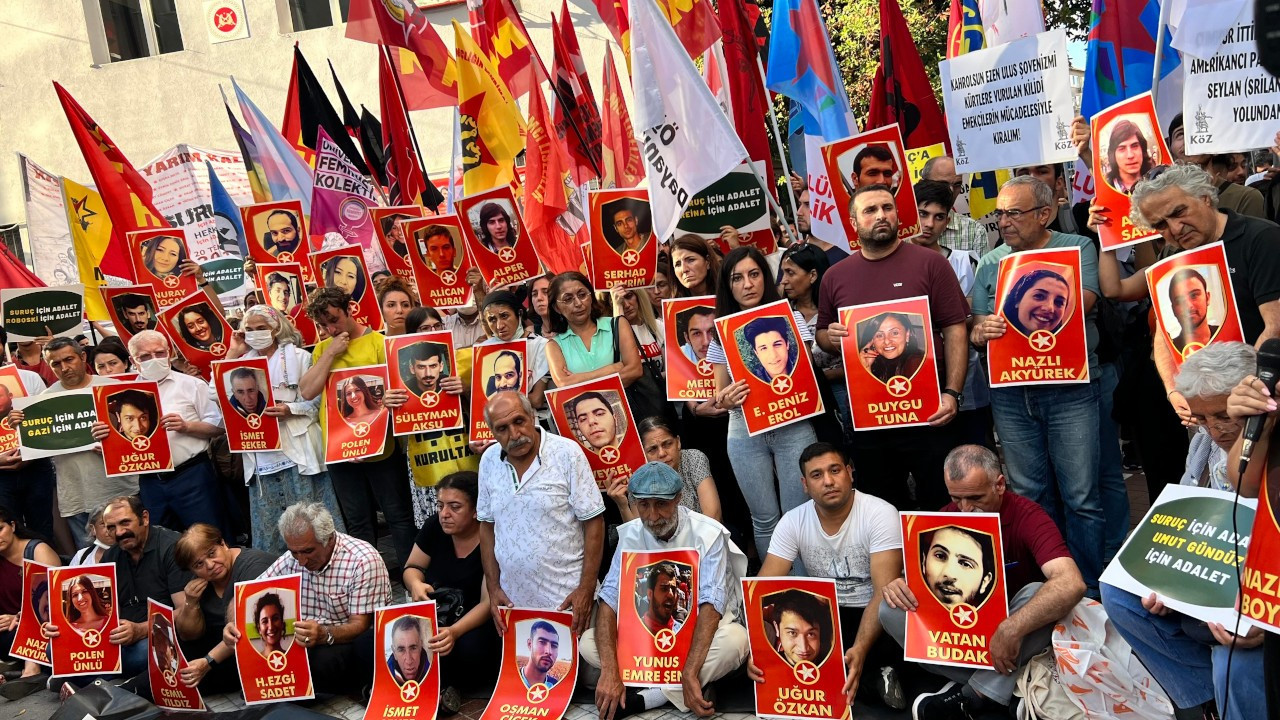