Today marks the second anniversary of the launching of Duvar English. We were supposed to be celebrating with joy and gratitude. Instead, here I am writing a farewell article announcing my stepping down as the editor-in-chief of this precious publication that was born thanks to the visionary leadership of the founders of our mothership GazeteDuvar: Ali Duran Topuz and Ömer Araz.

It is hard to explain why and how we ended up here, especially to anyone outside the news-making process. Since last week, I have been subject to a flurry of questions from loyal readers and supporters. Unsurprisingly, most of you suspected we had been subject to some form of pressure from the government. That is not the case.

Having said that I, by any means, am not trying to conceal the fact that running an independent news platform in today’s Turkey has been a rocky and perilous road. There have been many occasions on which Duvar was subjected to court decisions, and preposterous suits were filed against our journalists. They were all designed and orchestrated by the ruling class to intimidate and compel us to give up. Yet none ever led to a single moment of hesitation regarding our editorial line, which reflects our dedication to everyone’s rights and freedoms in a country we deeply cherish.

Duvar English, as the younger sister of GazeteDuvar, has never been a simple, straightforward “translated” paper. Duvar English has had its own unique character and an autonomous space to feature this character since day one. If Duvar’s leadership had insisted on a vertical structure or sought to produce a replica, we wouldn’t have been able to find our place in the hearts of all of the “Turkey watchers” around the world, diplomatic missions and the expat community in such a short amount of time. Telling stories from this troubled land with an inner voice whilst attempting to remain loyal to the universal codes of journalism is no easy feat.

With my everlasting fellow travelers, Neşe İdil, Didem Atakan, Berin Yavuzlar and Azra Ceylan, we went through an unparalleled experience. Without the support of Belgin Akaltan, Paul Osterlund, Killian Cogan, Dorothy Rau, Laura Neumann, Murat K. Yıldız, Erin O'Brien, it would have been impossible to keep the ship afloat.

Aydın Selcen, Mehveş Evin, Uğur Gürses, Nevşin Mengü, Sezin Öney, Can Selçuki, Nazlan Ertan, Kenan Behzat Sharpe, Eddy Ekrem Güzeldere and Binnaz Saktanber…Notwithstanding the click rate, you have undertaken the risk to construe the chaos we are going through in a language other than your mother tongue. I have witnessed with astonishment that you were all as stubborn as I was, with little hearts coming out of my soul.

It is crucial that Duvar English lives on, just as it is crucial that GazeteDuvar lives on. Amid the political shifts that could soon befall Turkey, the link between being able to express ourselves freely at home and speak freely to the world will be even more crucial.

I have trust in the team currently operating, and I also want to have trust in you, our readers. In an environment where the current global financial order and authoritarian national order overlap, it is impossible for Turkey’s independent media outlets to be able to sustain themselves. Extend a hand and protect them.

I managed Duvar English without actually ever meeting its boss. I worked as if I did not have a boss. For that reason, I’ve often had the feeling that this was almost “too good to be true.” Recently, I became increasingly aware that the only reason I felt as if we did not have a boss, was that Ali and Ömer drew a firm line between us and the investors. It turned out that the editorial independence we enjoyed had its limits, which has become a severe impediment to sustaining this unique journalistic project.

A newspaper without proper institutionalization, transparency and full editorial independence can only be too good to be true. It turns out we still have a long way to go for a sustainable “good.”

Still, I am not hopeless. Neither should you. 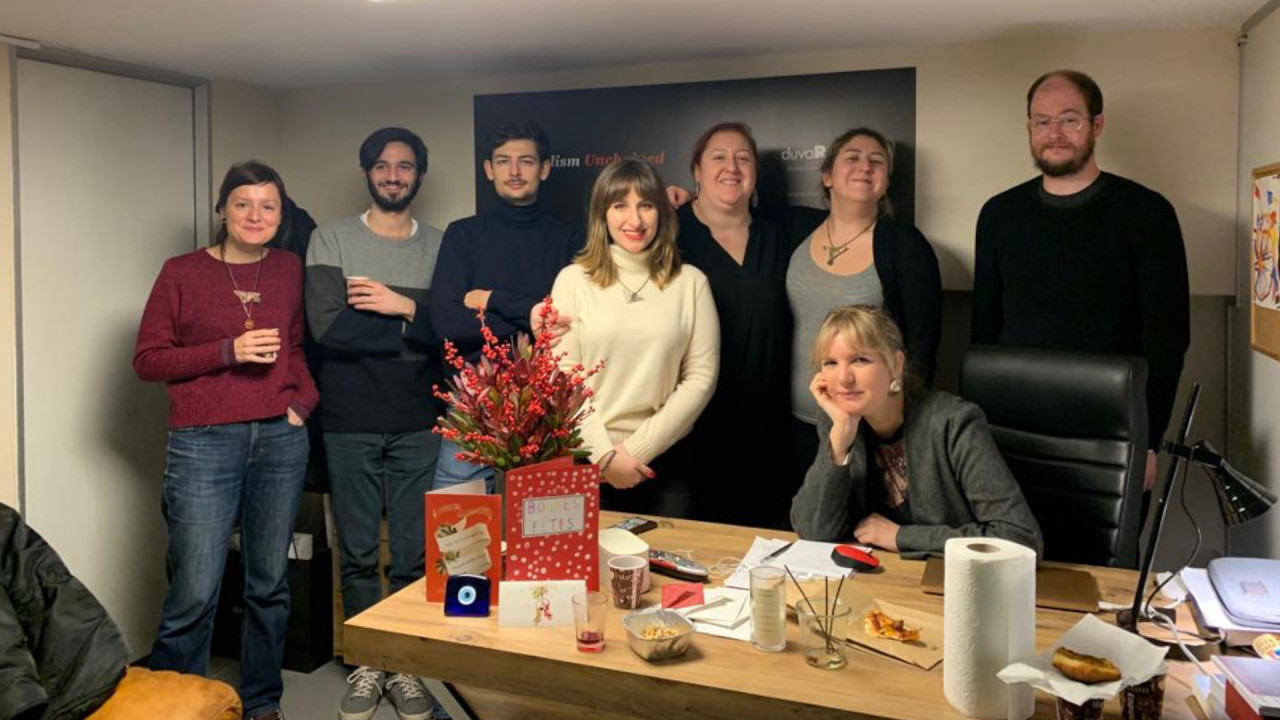 Other Articles
June 13, 2021 A much-awaited encounter and the weight of domestic scandals
May 05, 2021 Instead of İncirlik, he closed the country down
April 23, 2021 Desperate search for a scapegoat in the Halkbank case
March 21, 2021 'Not an issue to be solved in a tricky or cute fashion'
January 29, 2021 "It’s hard to be a friend of the President of the US"
Most Populars
Shelter employee beating dog to death causes public outrage in Turkey Turkish political leaders depicted as Disney characters Cigarette packages collected by Erdoğan exhibited at the Presidency 'Fake doctor' who worked in state hospital for 1 year arrested Erdoğan links soaring inflation to 2016 coup attempt Turkish main opposition leader visits MIT in US