Başak Demirtas, the wife of jailed former pro-Kurdish Peoples' Democratic Party (HDP) co-chair Selahattin Demirtaş, reveals that she lived through the same trauma she experienced when her husband was taken to jail 38 years prior when her father was arrested in the years leading up to the 1980 military coup.

A mini-documentary by the 140Journos news portal focuses on the ordeal that Başak has faced ever since her husband was jailed in Nov. 2016 on what critics have blasted as absurd terror charges. Supporters of Demirtaş and the HDP link his arrest to when he famously challenged Erdoğan in 2015, vowing that they would not let him become the head of the executive presidential system that President Recep Tayyip Erdoğan was ultimately successful in establishing.

Selahattin Demirtaş himself has said that he believes he is in jail because Erdoğan is afraid of him. Fighting to hold back tears, Başak says that she never thought her children would have to live through what she experienced as a child nearly four decades prior.

By telling the harrowing story of the Demirtaş family, the documentary, aptly titled “Geography is Fate,” sheds light on the systematic suppression of Kurds and Kurdish politics that has gone one for decades and has accelerated in recent years under Erdoğan and his ruling Justice and Development Party (AKP) government.

Though the Demirtaş family lives in the predominantly-Kurdish southeastern city of Diyarbakır, Selahattin is being held in a prison in the northwest border city of Edirne on the opposite side of the country. As a result, to visit her husband, Başak is required to endure a trip that spans 1,700 kilometers and takes a total of three days roundtrip.

A longtime schoolteacher, Başak was forced to leave her beloved profession, which one of Selahattin's lawyer characterized as the state essentially making her choose between continuing to teach or regularly visiting her husband across the country.

Though she remains composed, positive, and even cheerful during the interview in the documentary, at one point Başak breaks down in tears and acknowledges that she is going through a very difficult period. A particularly heartbreaking moment is when Selahattin wishes his daughter Delal a happy 17th birthday over the phone. Delal manages to maintain a smile as her father reminds her that he has been in jail since she was 13.

I'm in prison because Erdoğan is afraid of me: Selahattin DemirtaşPolitics 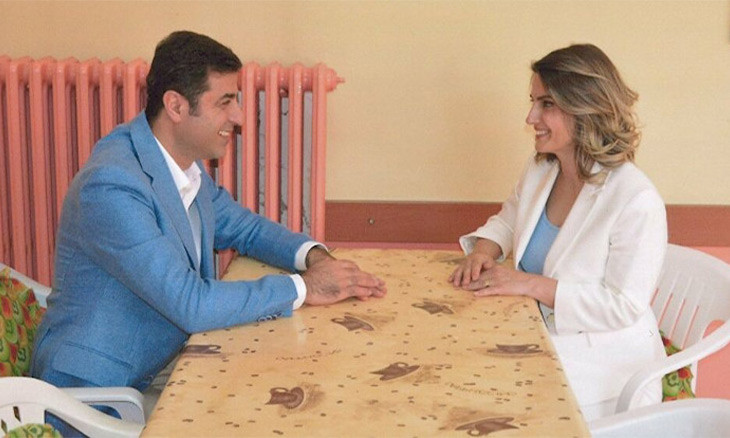