Turkey’s leading supermarket chain Migros on Feb. 11 issued a statement about the workers it dismissed earlier this week, accusing them of being "disrespectful."

“Even if it was the last thing desired, we had to part ways with the activists because of the days of disruption to the operations breaking the food supply chain," the company said.

"We would like to emphasize that our door is open to our colleagues who find their working conditions appropriate and respect their workplace responsibilities," it said.

The Warehouse, Port, Shipyard and Marine Workers Union (DGD-SEN) said on Feb. 9 that the company had terminated the labor contracts of more than 250 workers who were protesting the 8 percent pay raise.

On Feb. 11, the union called on everyone to show their solidarity with the dismissed 257 workers.

Migros, on the other hand, defended that the offered pay raise was sufficient.

“The relevant distribution center employer, Us Group, increased the income of the employees by 54% on average, including bonuses. Some people, who did not find this increase sufficient and did not want to work, unfortunately, prevented their colleagues who wanted to continue working and prevented their right to work,” the company said.

DGS-Sen member workers however refuted the company's statement. "In its statement, Migros is saying that it has increased our wages by 6.6 liras per hour, and this raise corresponds to 9.7 liras with the bonuses. But, our payrolls refute this," they said.

"We had asked for a raise of 4 liras per hour. If they had given us a raise of 6 liras, instead of 4 liras, why would we be here?" the workers asked. 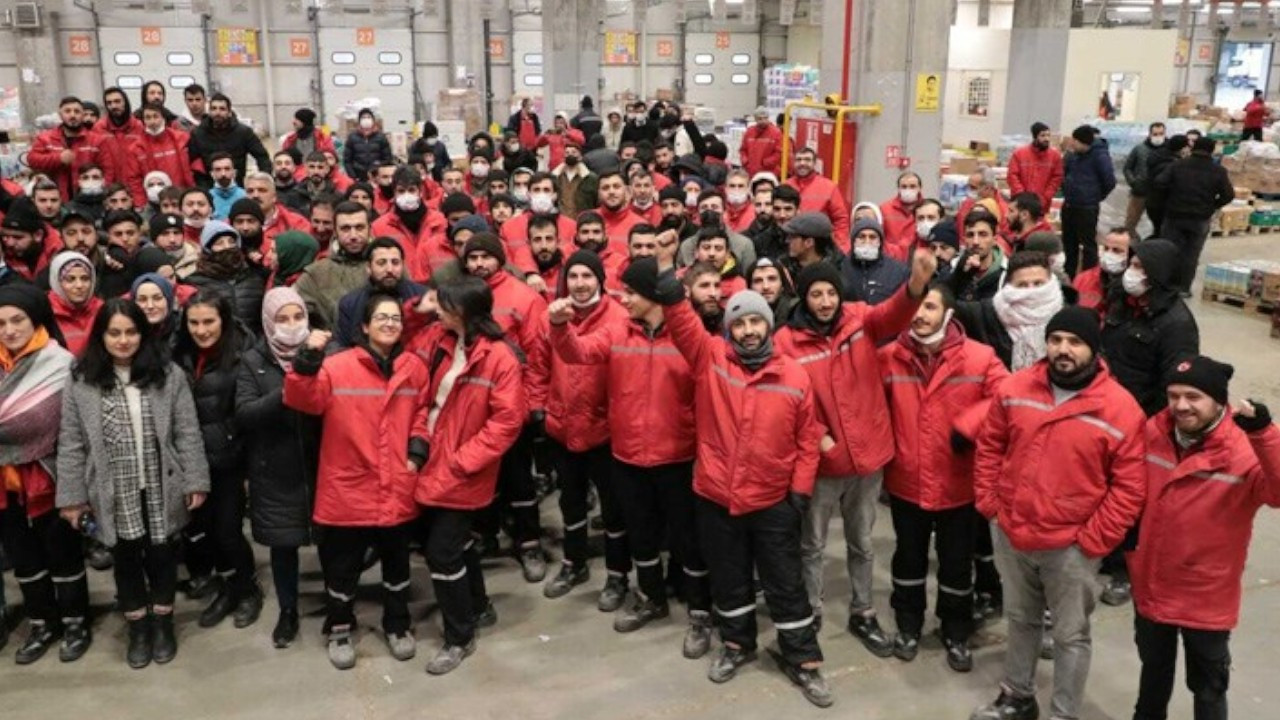