A major petition campaign has been launched in the Aegean district of Akyaka, located in the Gökova Special Environmental Protection Area in Muğla, to completely cancel a zoning plan that's already suspended by the Environment and Urbanization Ministry.

After the suspension of the plan, the Muğla Environment Platform Gökova Assembly prepared a petition sample containing the objections to the plan.

Thousands of individual petitions were made to the Muğla Environment Directorate within the scope of the campaign, and the initiative reportedly made a serious impact in the region.

The plan in question seeks to expand six-fold the area where hotels can be built, ignoring the impact on infrastructure from heavy tourist visitation and the existing traffic problem in Akyaka.

Furthermore, the views of the Muğla Municipality were not taken into account when the project was planned, and traffic studies were not carried out.

Additionally, an environmental impact report for the project was not prepared despite the fact that the area in question is located in a designated first-degree earthquake region.

Local environmentalists say that if they receive a negative response from the Ministry of Environment and Urban Planning or if they do not receive a response within 60 days, locals and NGOs alike are prepared to file a flurry of lawsuits.

“In short, if the ministry does not take into account such demand for cancellation, it appears that a major legal battle will be launched via the lawsuits of many citizens and institutions,” said Serdar Denktaş from the Muğla Environmental Platform (MUÇEP).

Denktaş touched on a troubling trend that has spread throughout Turkey in recent years, where protected areas have their statuses changed so they can be zoned for development, posing catastrophic environmental degradation for the purpose of turning a profit.

“With the changes made to protected statuses based on so-called scientific reports, all protected natural areas in this country are in danger of being turned into revenue sources. We must fight together to stop this ecological destruction.” 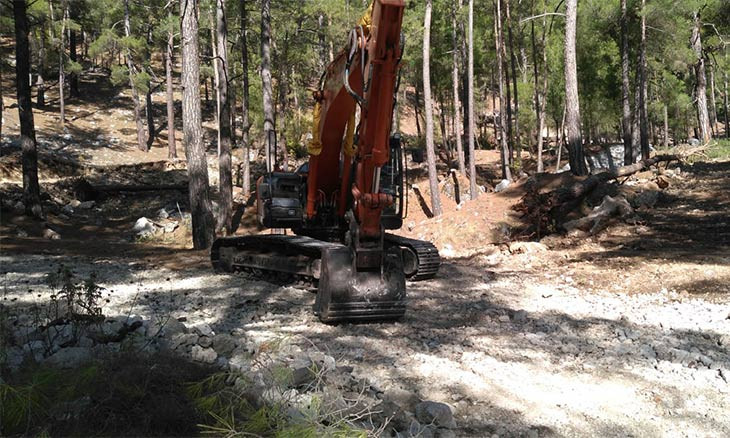