Thousands of social media users in Turkey joined the Boğaziçi University community in their resistance against a rector appointment by President Recep Tayyip Erdoğan, rallying behind the phrase "We will not look down" ("Aşağı bakmayacağız" in Turkish) in response to a police officer's assault of a peaceful protester.

A video released by Yol TV on Feb. 1 showed a police officer walking alongside a group of Boğaziçi students walking near the main campus, who suddenly started yelling "Look down, look down!" at one of the peaceful protesters.

Removed since its initial publication, the Yol TV video shows the police officer yelling at one of the students in the crowd to "look down," and following up with physically battering and detaining him without an explanation.

The video provided an outlet for tensions that had been brewing up in the Turkish news agenda over past weeks, as the Boğaziçi community has been continuing peaceful protests against the rector appointment under police barricades in and around their school.

The protests against Erdoğan's rector appointment have also been intertwined with the LGBT movement in the news agenda, as the cross-sectional student body always stood alongside gender minorities within them.

President Recep Tayyip Erdoğan openly praised his party's youth groups for not being queer on Feb. 1, and called the LGBT community vandals who destroy property.

Hours later, dozens of Boğaziçi students were detained by police, during which the video in question was recorded and the phrase "We will not look down" quickly became a trending hashtag on Twitter in Turkey.

Celebrities of all ages, politicians from across the spectrum, and non-governmental organizations for all causes released messages of support for Boğaziçi students within hours of the video's release.

"Istanbul is calling forces of labor, peace and democracy to comradery with those resisting the appointed rector," tweeted Istanbul Medical Chamber in a call to demonstrate on Feb. 2, using the hashtags "we won't bow down."

"Let's look at the sky..." tweeted the Turkish Medical Association (TTB) with hashtags that read "We will not look down" and "Boğaziçi is under barricade."

"You don't get to decide where I look. Hey, you there. Yes, you. I won't look down, I'll look forward," tweeted iconic Turkish actor Genco Erkal.

"Don't bow your head down," musician Derya Köroğlu of the band Yeni Türkü tweeted on Feb. 1.

Meanwhile, Democracy and Progress Party (DEVA) leader Ali Babacan tweeted in support of the Boğaziçi community, and said that Ankara should "stop being stubborn."

"Immediately release detained Boğaziçi members, and acknowledge elections in universities. Let the youth be. This is our stance," Babacan said.

Ankara maintained that the phrase "Look down" was never uttered by the police officer and that he actually said the Turkish word "from below," which sounds similar to "look down," but is meaningless when used alone.

"A slogan from a lie... 'Look down,' LIE, 'from below,' CORRECT," tweeted the Turkish Police Force on Feb. 2, a day after the incident.

Turkish society is no stranger to organically produced slogans that go along with political movements: The phrase "Everything will be great" became the punchline for Istanbul Mayor Ekrem İmamoğlu after a child uttered it to him on the street, and the word "looter" was the nickname fondly adopted by Gezi protesters after the president used it as an insult against them. 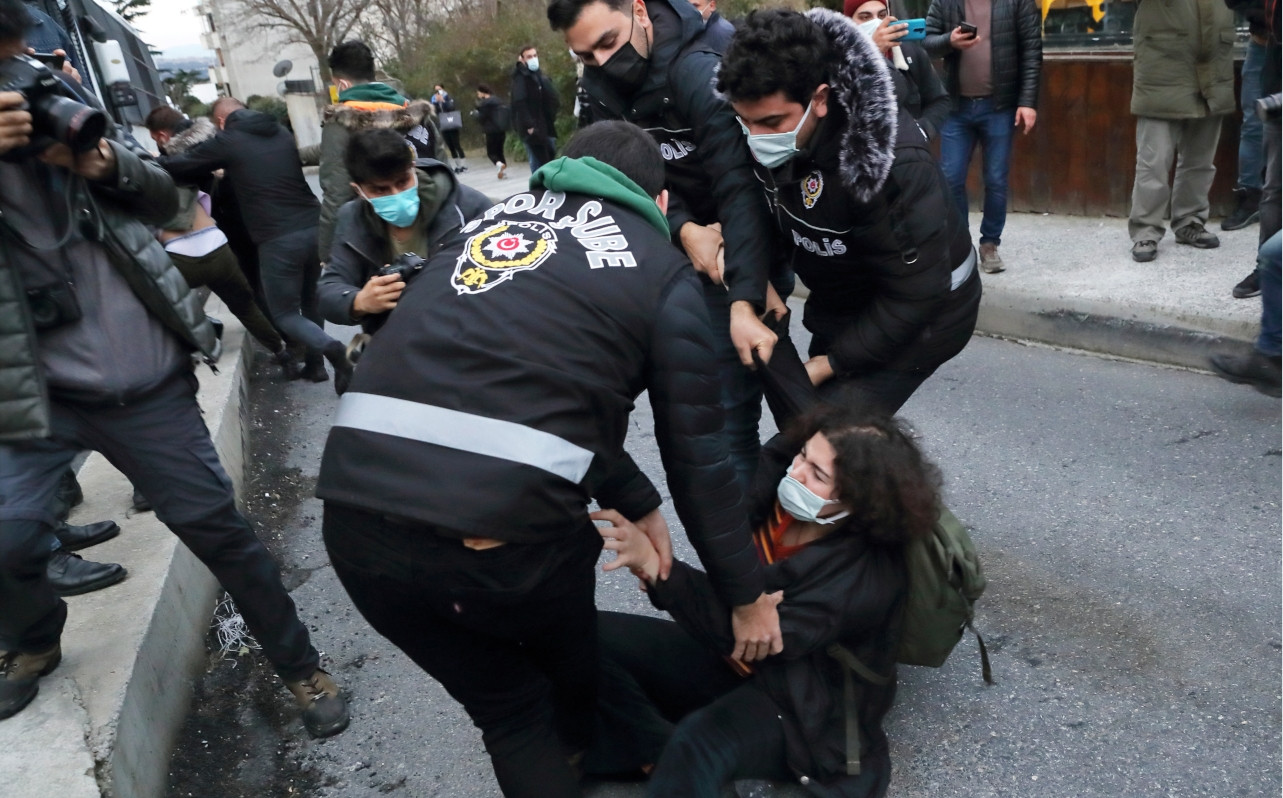 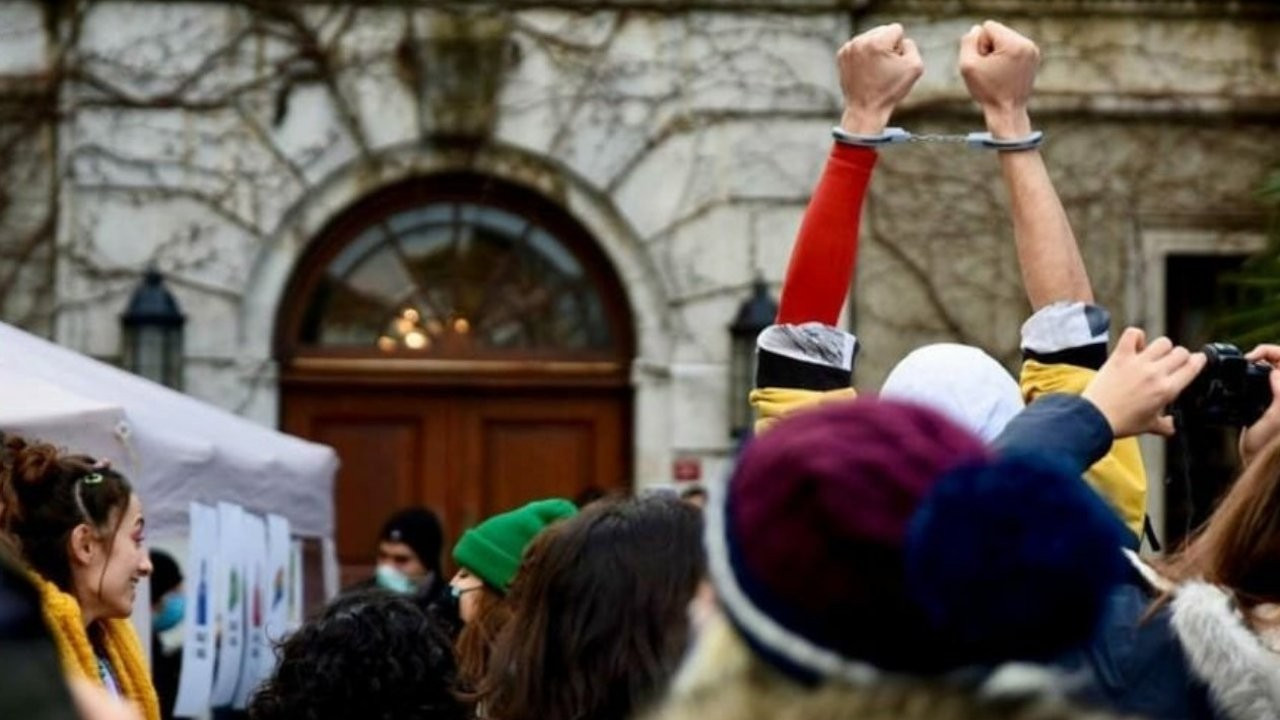