Graduates and students of Ankara's prestigious Middle East Technical University (METU) on July 30 held a demonstration in front of the rector's office in protest of the cancellation of this year's graduation ceremony at the Devrim (Revolution) Stadium.

Many people chanted slogans of “Verşan Kök [current rector] should not be a rector for ODTÜ.”

The protest was held on “2022 ODTÜ Alumni Day.” The alumni both condemned the university management's decision and celebrated the day.

A student-run group called “ODTÜ Savunmalıdır” (ODTÜ should be defended”) shared pictures of the protest on social media. It also announced that they will defy the rector's decision and organize an alternative graduation ceremony at the renowned stadium on Aug. 6.

Earlier this month, ODTÜ rector's office announced that this year's graduation ceremony will not be held at its usual location, the Devrim Stadium “on the grounds of security.” It said that every faculty would hold its own graduation ceremony at its own premises between Aug. 2-5.

It further argued that during the ceremonies held in previous years, “some developments that disrupted the ceremony's flow and order” had occurred, and these had caused the ceremony to last for longer than planned.

ODTÜ's graduation ceremonies are known with newly grads giving various messages about social issues with banners. In 2019, during the last official graduation ceremony held at the stadium, ODTÜ students' banners about the decisive victory of Istanbul Mayor Ekrem İmamoğlu had left a mark on the ceremony. Since then, the rector's office has canceled the ceremony at Devrim Stadium citing the COVID-19 pandemic.

The stadium is known as “Devrim” because some students in 1971 inscribed the word in giant letters with bleachers on its stands. The tradition was repeated annually during the university spring festival until recently. But not only it is still there, it has named the stadium and it is ODTÜ's unofficial motto. 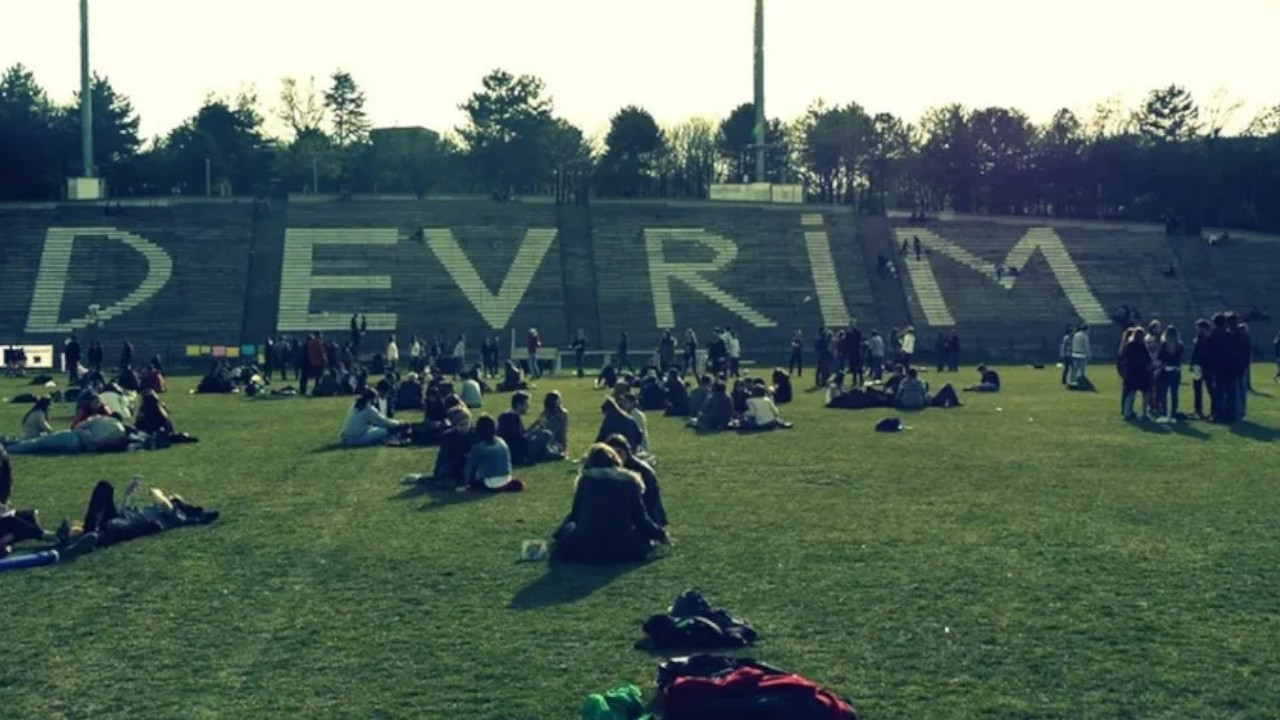