Born in Harlem in 1924, James Baldwin was an African-American man who experienced systemic racism. Since his early childhood, he was exposed to discrimination, marginalization and violence. As a writer, Baldwin dedicated his life to combating racism.

One of the recurring themes he explored in his books was religion. Though he very early abandoned segregated churches, Baldwin did not relinquish Christianity. Elijah Muhammed, the founder of the Nation of Islam movement once asked him “Well, what are you now?” To which Baldwin answered: “Me? Nothing. I’m a writer.”

Baldwin fought on a yet third front, that of his sexual orientation. In his books, he discussed his homosexuality, describing it as another arena, beyond race. In short, for Baldwin, the 20th century was hell.

While white people excluded him for being black, black people rejected him for his atheism and the heterosexual world, black and white alike, shunned him because he was gay. Despite that, Baldwin rose to fame through his works and continues to be cited as a towering figure alongside Martin Luther King, Malcolm X and Medgar Evers. Below is an excerpt of Baldwin’s works.

“What white people have to do is try and find out in their own hearts why it is necessary to have a 'nigger' in the first place, because I'm not a nigger. I'm a man. But if you think I'm a nigger, it means you need it… If I’m not a nigger here and you, the white people invented him, then you’ve got to find out why. And the future of the country depends on that. Whether or not it’s able to ask that question.”

In 1955, in Alabama, after Rosa Parks refused to give her seat in a public bus to a white person, she was arrested. The anger that had been simmering until then suddenly poured onto the streets and an anti-racist movement spread nationwide. Street demonstrations ranging from passive, peaceful resistance to armed clashes gathered around certain leaders. And while those leaders shared a common enemy, they fought over the means of resistance.

Medgar Evers was among those leaders. Evers was killed in 1963 through an armed assault. Malcolm X and Martin Luther King were later killed in 1965 and 1968 respectively. James Baldwin, meanwhile, had left the US. Living as a quasi-immigrant, he spent most of his time in Europe, though also in other countries. One of those countries was Turkey. A close friend of Turkish actor Engin Cezzar, Baldwin stayed in Istanbul for a while at Engin Cezzar and his wife, the actress Gülriz Sururi’s house. Years later, their correspondence was published under the name “Letters of Friends.” In the early 1970s, Sedat Pakay also shot a documentary on James Baldwin’s time in Istanbul.

Later still, Baldwin set out to write a novel revolving around the stories of three resistance figures: Malcolm, King and Evers. Yet he died in 1987 before he could finish the novel that was to be entitled “Remember This House.” Baldwin left behind scattered notes, small and great ideas, in his journal and letters.

In April 2009, Baldwin’s sister Gloria Karefa-Smart wrote to the Haitian-born filmmaker Raoul Peck. As it turned out, Raoul Peck, known as the director of “The Young Karl Marx,” was conducting research on Baldwin. The filmmaker was already in regular contact with Baldwin’s inheritors and was seeking information from them. Upon receiving Gloria Karefa-Smart’s letter, Peck got ahold of Baldwin’s notes. Based on those notes, he directed the film I Am Not Your Negro, which came out in 2016.

Notes on ‘Remember This House’

“She casually told me, ‘Here, Raoul, you’ll know what to do with these,’ Peck said of Gloria Karefa-Smart.

“And indeed, I knew immediately. A book that was never written. That’s the story. And what characters! Medgar Evers, Malcolm X and Martin Luther King, Jr… The notes themselves were not much to start with, but they were more than enough, given that I also had access to everything else from Baldwin. My job was to find that unwritten book. ‘I Am Not Your Negro’ is the improbable result of that search.”

Peck worked intensively. While the notes were adequate, they were diverse and scattered. The filmmaker soon realized that without drafting a first complete document, he would not be able to work on the movie.

Peck did not want to write a rough text or script. He did not merely want to provide a straightforward biography. “But how to write such a text? It could not be an adaptation, or a simple compilation, let alone a chronological narration. I needed a dramatic structure, a story with a beginning, a middle and an end, as I would for any screenplay,” he said.

“Like a librettist crafting the script for an opera from the scattered works of a revered author, I began my own journey, respecting at all times and preserving scrupulously the spirit, the philosophy, the pugnacity, the insight, the humor, the poetry, and the soul of the long-gone author. It was clear from the start that countless traps lay ahead.”

The first draft was more than 50 pages long. After the first few versions, Peck allowed himself more freedom. He went into Baldwin’s “kitchen” and started to reverse paragraphs, sentences, and at times, words.

Samuel L. Jackson narrated I Am Not Your Negro. The film was shown in several international festivals and won awards.

“History is not the past.

It is the present.

We carry our history with us.

We are our history.

If we pretend otherwise, we are literally criminals.

I attest to this:

The world is not white;

It never was white, cannot be white.

White is a metaphor for power.”

Raoul Peck wrote this text from scratch and turned it into a documentary. Sevin Okyay translated this work into Turkish, which was published by the publishing house Kırmızı Kedi Yayınevi.

What about our negroes?

When one listens to Samuel L. Jackson, reads the book, and starts thinking about the rage Baldwin and all the black people have experienced, one involuntarily finds oneself pondering upon Turkey and its very own negroes: the Kurds, the Alevis, the atheists, the gays, the refugees and so on. The discrimination they suffer is the product of the same sickening swamp. 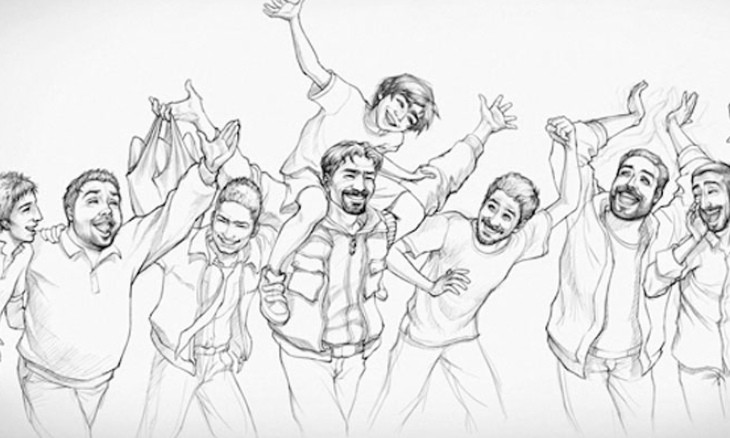