“Tatar is saying that for the first time in 50 years, new things are being discussed with regards to Cyprus. The fact that he thinks old issues are new is really bewildering, amazing,” CTP chair Tufan Erhürmen said in his remarks at the parliament.

“He [Tatar] later tried to rectify [his remarks]. His issues with regards to knowledge are unbelievable,” Erhürman said.

In response to the CTP chair's remarks, the Turkish Cypriot Presidency released a written statement, saying: “If Mr. Erhürman does not know that the federation meetings have collapsed with especially Annan Plan referendum and the Greek side's negative stance in Crans Montana, he should find about these and tackle his ignorance.”

“The two-state solution that is based on sovereign equality has been brought to the agenda for the first time by us, and this is a new thought and stance. And our solution will be brought to the table in the unofficial UN meeting that will be held in Geneva between April 27-29,” the Presidency said.

Erhürman responded to the Presidency's remarks by saying that Tatar was trying to bring back “stone-age approaches in the democratic debate culture.” “Such efforts could not prevent us from defending the Turkish Cypriot people's rights and interests in the past. And they will not be able to do so from now on either,” Tatar said in a statement.

The war of words between the two leaders came as the United Nations is planning to convene a five-party Cyprus conference on deadlocked settlement talks in Geneva on April 27-29.

Tatar and Greek Cypriot leader Nicos Anastasiades will attend the meeting, along with representatives from Turkey, Greece and Britain.

Cyprus was split between a Greek Cypriot south and a Turkish Cypriot north after a Turkish invasion triggered by a brief Greek-inspired coup in 1974.

There have been no official UN-sponsored negotiations on the island’s future since a conference in Switzerland collapsed in 2017.

Tatar has many times said that he supports separate administrations on the Mediterranean island. "We are seeking our rights. That right is recognition of our sovereignty. There are two separate regions and peoples in Cyprus," he said earlier in February. 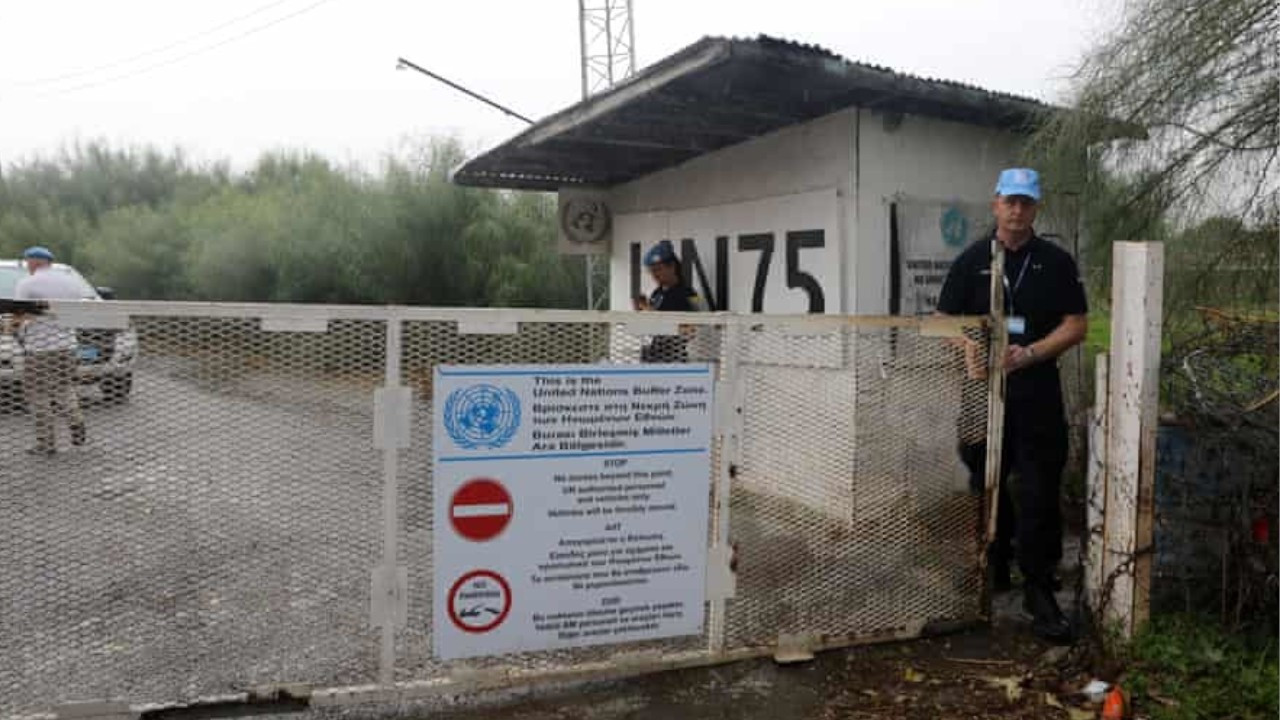