Six deputies of the ruling Justice and Development Party (AKP) on Feb. 7 filed a criminal complaint against former army chief İlker Başbuğ over his remarks on the political leg of the movement of the U.S.-based Islamic preacher Fethullah Gülen - an ally-turned-foe of the government.

Last week, Başbuğ said that it would be denying the truth if one were to say there is no political leg of FETÖ - an abbreviation for the Fethullahist Terrorist Organization, which is the official name of the Gülen movement.

He then went on to criticize a bill dated July 26, 2009 that paved the way for civilian courts to try military personnel, saying that the bill is related to the Gülenists and is against the constitution.

"Who prepared this bill? This is completely about FETÖ. It should be looked into," Başbuğ said on Jan. 28, prompting harsh response from AKP ranks.

Başbuğ also said that the relevant legislation had opened way for the arrest of Çiçek in relation to Ergenekon investigations. Starting in 2008, prosecutors linked to the Gülen movement brought a string of prosecutions -- known as the Ergenekon case -- against several secular army officers. All those convicted in the case were later released and acquitted, once it became clear that the Gülen network had played a large part in fabricating evidence or obtaining it illegally.

Following Başbuğ's comments, Çiçek, who spent many years behind bars due to the Ergenekon case, said that the ones who had drafted the 2009 bill represented the Gülen movement's political leg and he would file a lawsuit against those names.

"You should sue him in order to protect the law of parliament," Erdoğan said, while also defending the bill.

"It was the correction of a wrong practice that was the subject of international criticism and that created the basis for coups while also preventing the judiciary from functioning. Favoring a person who committed a crime due to his military identity has no place in law and democracy," he added. 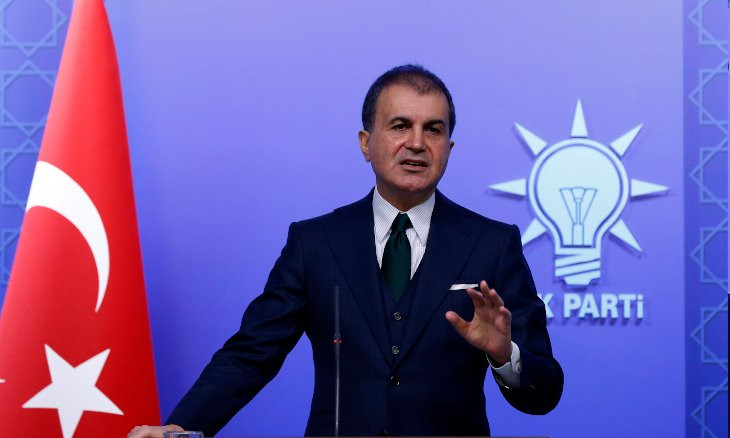 Saying that parliament did the right thing by approving the bill, Erdoğan noted that Başbuğ accused parliament altogether.

Başbuğ served as Turkey’s chief of general staff from 2008 to 2010. In 2012 he was arrested and spent 26 months in prison as part of a controversial trial. It was subsequently revealed that his arrest was one of many plotted by former judicial officials loyal to Gülen, later believed to have been behind the July 15, 2016 coup attempt.

The AKP and Gülenists had friendly ties before the Dec. 17-25, 2013 graft probes that targeted figures close to the AKP and Erdoğan, as prosecutors purportedly close to the movement launched the wide-ranging probes.

The debate surrounding the political leg of Gülenists has been ongoing for years. The scope of Gülenist infiltration into state institutions was made clear after the coup attempt that claimed the lives of over 250 people.

The former army chief on Feb. 5 said that statements by Erdoğan and the AKP would make "FETÖ happy before everyone else," adding that FETÖ was the one to benefit from the bill the most.

A day later, AKP spokesperson Ömer Çelik said that the party is set to file a lawsuit against the former army chief on Feb. 7.

"He makes statements that target parliament, which was FETÖ's target on July 15," Çelik said, referring to the bombing of parliament on the night of the attempted takeover.

"It shows that this person can't stomach democracy," he added.

Saying that no one should introduce new forms of tutelage over the fight against FETÖ, Çelik noted that the main understanding that would make FETÖ happy is to target parliament.