Turkey's pro-Kurdish Peoples' Democratic Party (HDP) elected Pervin Buldan and Mithat Sancar as its co-chairs during the party's fourth congress in the capital Ankara on Feb. 23.

A total of 838 HDP delegates voted in the congress and Buldan, who was reelected, and Sancar, who replaced Sezai Temelli, were elected by getting 836 votes. Two votes were counted as invalid.

"This country is ours. We will govern it" and "Grand politics, grand hope, grand change" were the slogans of the congress. "Freedom" and "Peace" were written on the walls of the hall in different languages.

Messages from the party's former co-chairs Selahattin Demirtaş and Figen Yüksekdağ, who have been in jail since Nov. 4, 2016 on charges related to the Kurdistan Workers' Party (PKK), were read in the congress. 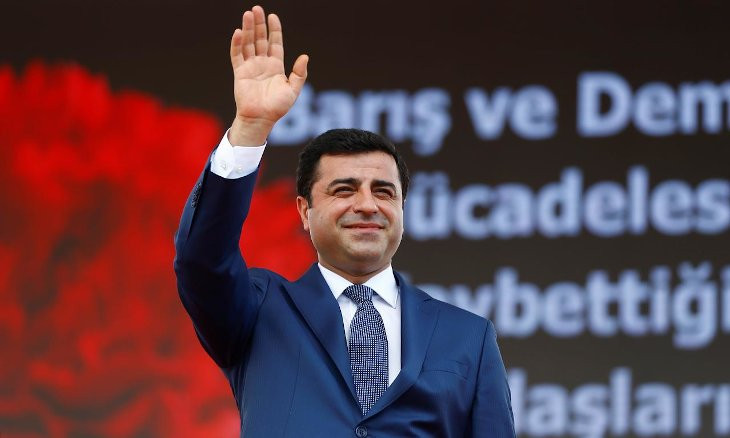 "Our party has become the growing hope of Turkey's peoples since the day it was founded," the message read.

'Government of the people'

The former co-chairs likened the party to Noah's Ark.

"The HDP is a Noah's Ark that remains standing in the middle of tornadoes and floods. This ship has been approaching the port slowly to found a new life. Our ship has suffered major blows. Our captains were arrested alongside our experienced crew," the message read. 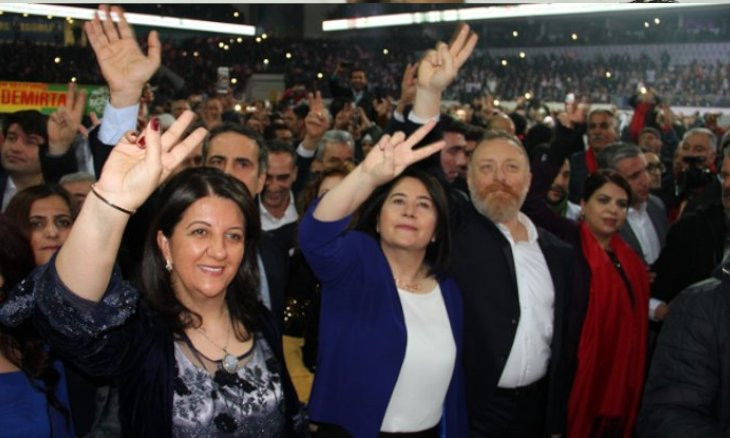 "Neither the wheel house, nor the engine room were left empty. Nimrod's party has already been divided into three pieces, but Noah's Ark remains standing," it also read, referring to splits within the ruling Justice and Development Party (AKP).

"Now, the aim is to establish the government of the people," it added.

Hundreds of people attended the congress, with guests from 28 countries. More than 30 representatives of political parties, European Parliament and European Council officials and women's groups from the Middle East were also present.

Invitations were sent to all political parties, except for the AKP and its nationalist allies Nationalist Movement Party (MHP) and Great Union Party (BBP).

"Thank you for your invitation. I hope that all the decisions you will adopt at the congress contributes to our country's democracy and the peace of our society," Babacan's message read.

Speaking at the congress, outgoing co-chair Temelli said that 21st century will be the century of the Kurds.

"We are coming to govern the country and we will do so. Our peoples will definitely experience the spring of democracy," Buldan said, adding that the doors of İmralı, the island that PKK leader Abdullah Öcalan has been serving a life sentence, will be opened for a democratic solution.

Newly-elected co-chair Sancar, in his speech, said that the time for peace and justice has come.

"HDP is on the road to construct peace and justice," Sancar said.

"Open the doors of İmralı in order for the road to peace to be opened," he added.