A controversial pro-government foundation is constructing a dormitory in New York's most expensive area, the U.S. representative of the main opposition Republican People's Party (CHP) has said.

Yurter Özcan said that two floors of the 21-storey building, which is being constructed by the Türken Foundation with a bountiful donation made to the infamous Ensar Foundation by a natural gas company through the Turkish Red Crescent, will be used for commercial purposes.

"We have revealed the construction plan of this dormitory. The first two floors will be hired to restaurants and shops. So the Türken Foundation will make major gain from them as well," Özcan says in a video he shared on Twitter on Feb. 25.

The Ensar Foundation was at the center of a scandal in 2016 after a teacher working in its branch in the Central Anatolian province of Karaman was convicted of sexually abusing 10 male school children aged 10-12 from 2012 and 2015.

The foundation’s reputation has not been recovered ever since the incident.

The Turkish Red Crescent’s donations to the foundation stirred debate last month after it was reported that Ankara-based natural gas distribution company Başkent Gaz donated eight million dollars to Turkish Red Crescent on Dec. 27, 2017, which was followed by the aid organization transferring 7,925,000 dollars of the said donation to the Ensar Foundation.

All donations made to Turkish Red Crescent are tax deductible. Başkent Gaz, which was purchased by Torunlar GYO – a company with close ties to the ruling Justice and Development Party (AKP) – has reportedly made nearly 1.5 million dollars of tax advantage via recording eight million dollars as expenses. 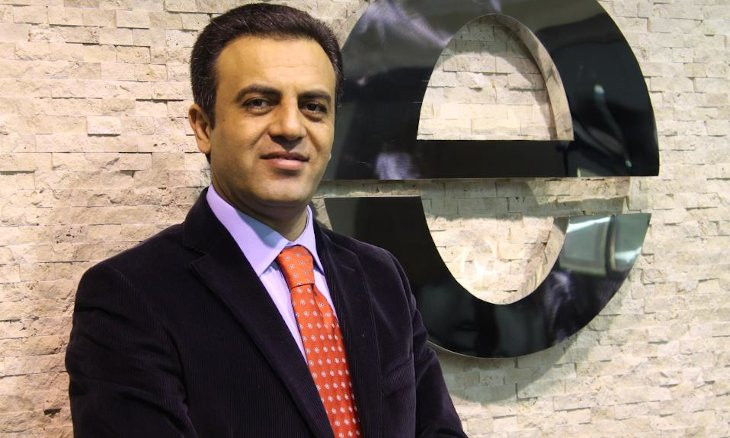 Following the controversy, Ensar Foundation General Manager Hüseyin Kader said that the foundation led the establishment of the “Türken Foundation” in the U.S. with the Service for Youth and Education Foundation of Turkey (TÜRGEV) – another foundation close to the AKP – in 2014.

He also said that a dormitory that would provide "a shelter safe from the grip of" the movement of the U.S.-based Islamic preacher Fethullah Gülen for the youth was being constructed by the Türken Foundation, adding that Türken purchased land in Manhattan to build the 21-storey dormitory.

Upon Kader's claims, CHP U.S. Representative Özcan visited the location that the dormitory is being constructed, while also sharing the area from Twitter.

"This is one of the most expensive areas of New York," Özcan said.

Saying that the United Nations and consulates are on the same street as the dormitory, Özcan noted that one has to pay 338 dollars, nearly 2,000 Turkish Liras, to stay at the nearest hotel during summertime.

"The apartments nearby cost 2,5 million dollars on average and the rent is 6,000 dollars," he said.

"I'm leaving this up to you to decide whether a student dormitory can be built on such an expensive district," Özcan added.