A fistfight erupted in parliament on March 4 between deputies of the CHP and the ruling Justice and Development Party (AKP) after Özkoç criticized President Recep Tayyip Erdoğan.

Özkoç's remarks were deemed as insults to Erdoğan by the AKP, prompting the President to file a lawsuit worth one million Turkish Liras against the main opposition deputy.

In addition, an investigation was launched into Özkoç, which was followed by the Justice Ministry immediately sending a summary of proceedings for the lawmaker to parliament.

"The Ankara Chief Public Prosecutor's Office launched an investigation. An investigation means the preparation of a summary of proceedings since he is a deputy," Justice Minister Abdülhamit Gül said on March 5. 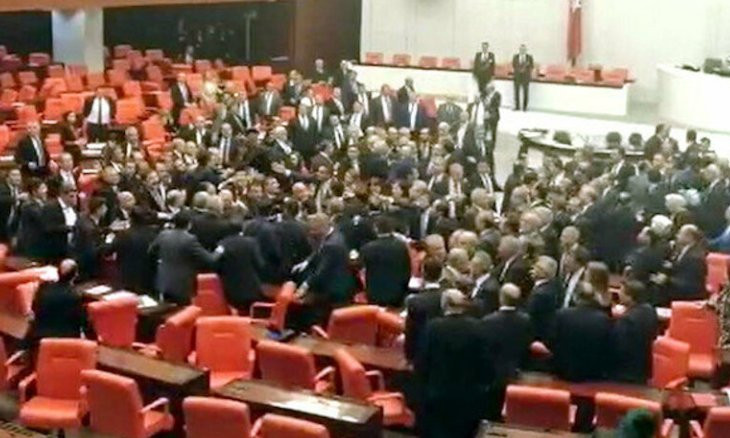 The next day, a motion to lift Özkoç's parliamentary immunity was sent to parliament, alongside 27 other lawmakers.

Among the 55 files sent to parliament on 28 deputies, three were prepared for Özkoç.