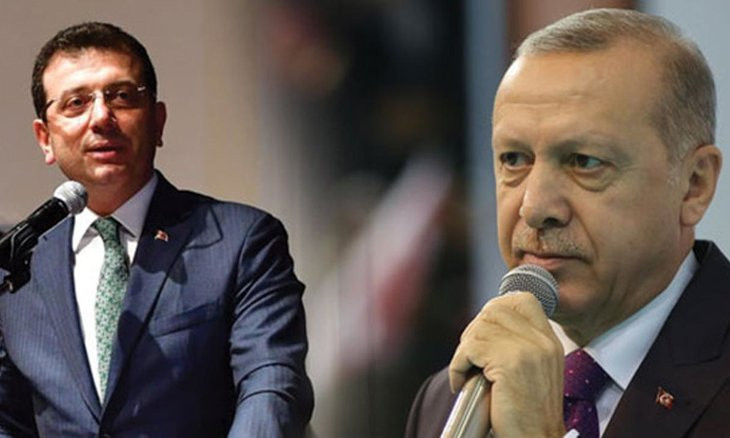 A mayor from the ruling Justice and Development Party (AKP) has criticized likening opposition mayors to "terrorists," but backpedaled after learning that it was President Recep Tayyip Erdoğan who did the comparison.

Fatma Şahin, mayor of the southeastern province of Antep, said on April 25 that she doesn't find it appropriate to liken municipalities of the main opposition Republican People's Party (CHP) to the Kurdistan Workers' Party (PKK) and the movement of the U.S.-based Islamic preacher Fethullah Gülen - both designated as terrorist organizations in Turkey.

"It's impossible for us to accept this," Şahin said when asked her opinion on comparing CHP municipalities to the PKK and the Gülen movement, which is officially called the Fethullahist Terrorist Organization (FETÖ).

"They are mayors elected with the votes of the people. Even if their methods are different, we can sit and talk, but I don't find such a comparison appropriate," Şahin also said.

Şahin's remarks were met with surprise on social media since it was Erdoğan who made the comparison in a speech on April 20 via likening the municipalities' aid attempts to the attempts of the PKK and Gülenists.

The rift between the CHP and Erdoğan's AKP has been ongoing since the beginning of the coronavirus pandemic in Turkey, with the government preventing municipalities run by the main opposition from carrying out aid campaigns.

The issue began when the Interior Ministry banned municipalities from holding donation campaigns against the coronavirus pandemic, saying that donations can be collected by the government only. The opposition municipalities' bank accounts were also blocked.

Following hundreds of tweets on social media, Şahin released a statement, saying that it's out of question for her to make statements that contradict the policies determined by Erdoğan.

She also pointed to the fact that the question was asked without citing Erdoğan's name.