Turkey's former prime minister and founder of the Future Party Ahmet Davutoğlu has said that the speculation of a new coup attempt in Turkey is a means used by the ruling Justice and Development Party (AKP) to slide towards authoritarianism and questioned why President Recep Tayyip Erdoğan is not currently in the capital Ankara if he really believes a coup attempt is on the way.

“It is not right for the honored president to be away from the country's capital for 45 days even due to the reason of coronavirus. If Turkey is a country in which coup attempts still can be undertaken, these coups cannot be prevented by posting tweets, but by the president immediately going to the capital of the country, which he has been away for the last 45 days,” Davutoğlu said in a video posted on his official Twitter account on May 4. 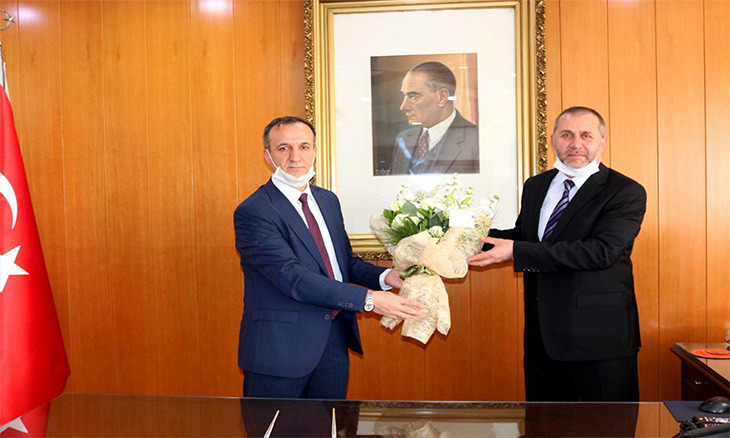 Pro-government media outlets, columnists and some senior AKP officials have recently accused the main opposition Republican People's Party (CHP) of “calling for a coup” over their remarks criticizing the AKP and indicating that they see a change in the ruling power soon.

Kaftancıoğlu on the other hand said the AKP will no longer be the political party in power in the upcoming period as a result of "an early election or in another way.”

Davutoğlu on May 4 touched upon these speculations of a “new coup attempt” saying that democracy in Turkey is currently under the risk of two threats: “a putschist mentality which disregards the national will and an authoritarian mentality which justifies its authoritarian doings by keeping this threat on the agenda.”

“Those who indirectly or directly hint at a coup, those who try to legitimize their authoritarian policies by constantly keeping this threat on the agenda are all playing with fire. In the recent period, the AKP and honored Erdoğan are trying to legitimize their authoritarian tendencies by exploiting such discourses changing the agenda. This situation -- which is transforming our country to a nation of trolls and the ruling power to a propaganda machine -- is resulting in the creation of tragicomic scenes,” Davutoğlu said.

Davutoğlu also said that if there is really a threat of a new coup in Turkey, then this situation cannot be prevented by the AKP officials “initiating Twitter campaigns and posting childish social media messages.”

“This country should not be managed with social media campaigns but with the state seriousness,” he said.