A sacked mayor from the Peoples' Democratic Party (HDP) and a deputy from the main opposition Republican People's Party (CHP) sang a Kurdish-Turkish folk song on an online news program May 6.

Ahmet Türk, who was the mayor of the southeastern province of Mardin when he was removed from his duty to be replaced by a trustee as part of the government's crackdown on the HDP, and CHP lawmaker Orhan Sarıbal sang the song titled "Hinê Bînin" or "Kınayı Getir Aney," which roughly translates as "bring the henna, mother."

Deputy Sarıbal explained that the song is a mother's words to her mother, asking her to paint her hands with henna and telling her mother that she would like to sleep with her that night.

The song is a reference to the tradition of "henna night" in Turkey, which is theoretically the last night a new bride spends in her mother and father's house before getting married.

"As long as folk songs live on, so will the resistance; and surely one day, good of heart, friendship, democracy will win."

The two were joined by author Güler Buğday on Alevi political expert Necdet Saraç's program "Is peace too far?" on YouTube channel KarantinaTV. 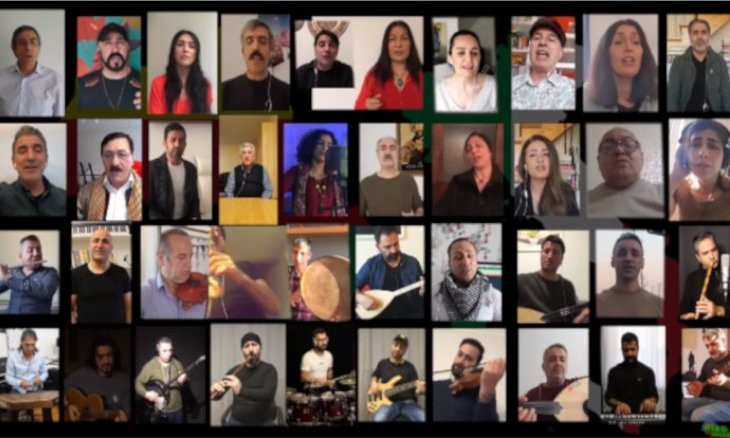