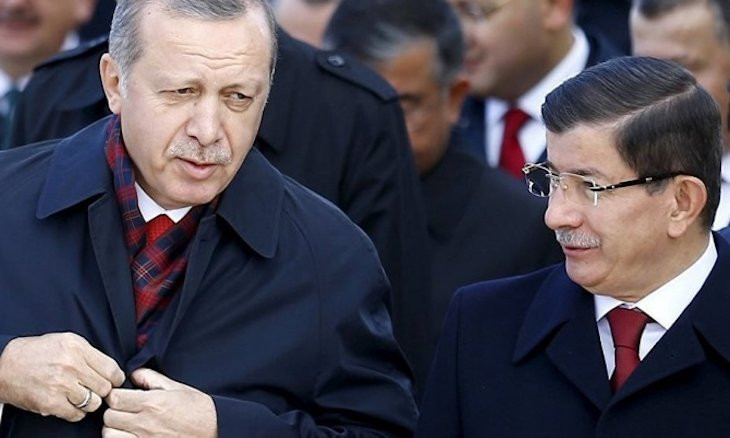 Gov't wanted to make a puppet out of me when I was prime minister, Davutoğlu says

Future Party leader Ahmet Davutoğlu has claimed that President Recep Tayyip Erdoğan visited the Pelican group in their residence, as he commented on the process that led to his resignation from the ruling Justice and Development Party (AKP).

In an interview, Davutoğlu, who is also the former prime minister, said that the briefing of the said group, which is said to be consisting of staunch supporters of Erdoğan who are influential in the pro-government media, was released upon orders.

Davutoğlu was referring to a lengthy document known as the "Pelican Brief" that detailed how Davutoğlu “betrayed” Erdoğan by not pushing enough for “the presidential system” that the latter is passionate about and also by “collaborating with the West and its Trojan horses [inside Turkey] who want to topple the chief.”

Gov't wanted to make a puppet out of me when I was prime minister, Davutoğlu says

"The coup that was done against me in the party was carried out by Pelican. I saw that there were acts that were carried out upon orders behind it. Mr. President visited them in their residence," Davutoğlu told broadcaster Halk TV in an interview on May 26, adding that those who campaigned against him over the briefing "are now carrying out campaigns against each other."

"There are struggles between ministers. Those who say that they are subjected to operations point to the Pelican structure," he added.

Saying that the Pelican group was a tool in the coup conducted against him, Davutoğlu noted that the main reason behind his resignation was the Central Decision and Executive Board (MKYK) meeting held in April 2016 that stripped him of his authorities without his knowledge.