The ruling Justice and Development Party (AKP) deputy chairman Numan Kurtulmuş has said that it was “wrong” of Turkey to ratify the Istanbul Convention and signaled that the government might withdraw from the convention. 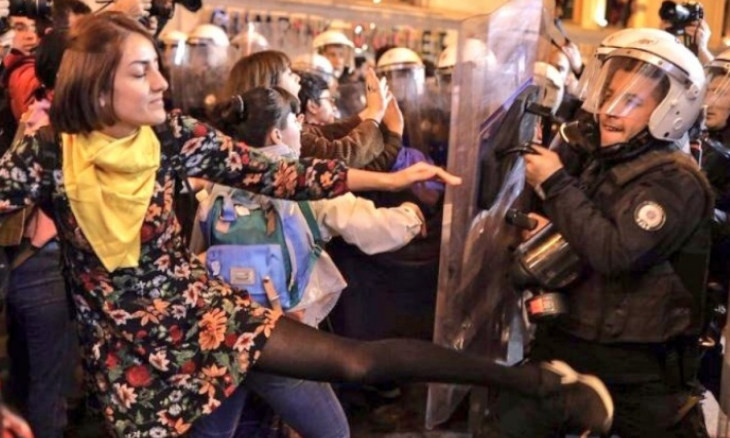 Asked if Turkey's withdrawal from the convention is possible, Kurtulmuş said: “When our people has such an expectation, we cannot stay indifferent to this. As we have duly signed it, then it would be possible to duly withdraw from it.”

Kurtulmuşmade the comments during a live TV program aired by 30 differentlocal channels on July 2.

IstanbulConvention is an international convention aimed at preventing violentattacks, protecting victims ending the impunity of perpetrators.Ankara was the first to ratify the convention in 2012, as it was alsobacked by the AKP and its women’s groups.

But,Turkey’s conservative and Islamist circles have been criticizingits for years because they believe that it is damaging family valuesand challenging conservative understanding of gender identities.

Thesegroups press on the AKP government to withdraw from the convention.Women’s rights groups, on the other hand, urge the government toeffectively implement the convention, drawing attention to thegrowing number of domestic violence cases in the country.

InFebruary, daily Cumhuriyet reported President Recep Tayyip Erdoğan,who is also the chairman of the AKP, as telling his party officialsthat the government will “review” the Istanbul Convention.

Kurtulmuşsaid on July 2 that it was “wrong” of the AKP government to votein favor of the convention in 2012. “I am saying this as a personwho has read the Istanbul Convention many times, has also read itsEnglish version and worked on it. It was really wrong to sign theIstanbul Convention,” he said.

“There are two issues in this convention which we do not approve of. First is the gender issue and the other is sexual orientation issue. There are also other issues but these two have been the concepts which have played into the hands of LGBT and marginal elements. They have taken refuge behind these concepts,” Kurtulmuş said.

Kurtulmuş said that many other AKP lawmakers are also of the same opinion. “The thesis of 'Domestic violence would increase in the absence of the Istanbul Convention' is also a wrong thesis. The women-men equality is currently one of the most basic issues of our custom within the Turkish law system,” he said.