The Ankara 16th Heavy Penal Court on July 14 ruled to continue the pre-trial detention of former Peoples' Democratic Party (HDP) co-chair Figen Yüksekdağ in one of the several cases launched against the politician.

Judge Murat Adıgüzel however voted against this decision, which was taken by simple majority vote. Adıgüzel said that Yüksekdağ stands behind bars since November 2016 and she does not pose a flight risk or there is no risk of her tampering with evidence, Mezopotamya news agency reported on July 14.

“Since I am of the opinion that there is no legal benefit in the suspect's continued imprisonment and that the judicial control decision would give the expected benefit at this stage, I do not agree with the simple majority's ruling for the suspect to remain arrested,” he said in his decision.

Turkish courts keep suspects in pre-trial detention in many instances on the grounds that they pose a flight risk or there is a risk of them tampering with evidence.

Yüksekdağ, along with former HDP co-chair Selahattin Demirtaş, have been in jail since November 2016. The two politicians face several other legal cases, mainly on terrorism charges.

Among the multiple cases launched into Yüksekdağ, some have ended up with prison sentences.

The Turkish government’s crackdown on the HDP began in 2016 with the arrest of high-profile politicians. President Erdoğan and his ruling Justice and Development Party (AKP) accuse the HDP of having links to the Kurdistan Workers' Party (PKK), but the party denies links to "terrorism" or the PKK. 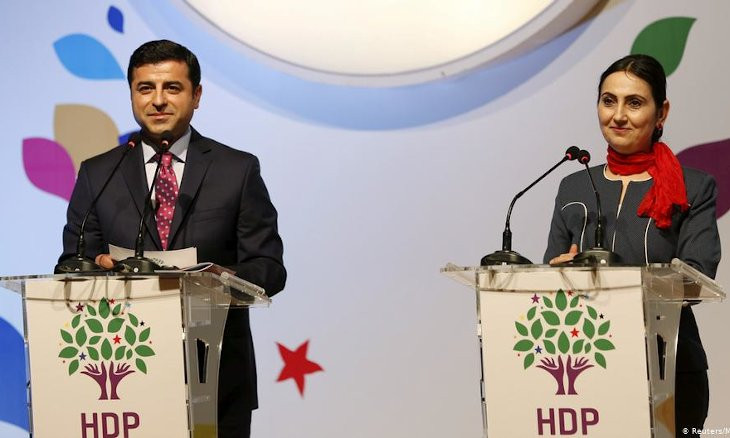