A regional Greek governor has asked Athens for ongoing restoration works at the historical Valide Mosque on Lesbos island to be stopped in protest of Turkey's Hagia Sophia move. Greece describes Turkey's move to convert Hagia as 'petty,' says will respond at all levels

Regional governor of the North Aegean islands Costas Moutzouris said in his letter to the Greek government that Athens cannot stay indifferent to the Turkish government's decision, Euronews reported on July 14.

The 17th-century Valide Mosque is being restored under a 1.2 million euro grant from the EU regional development fund for the Aegean islands.

The mosque built in Epano Skala, the old Turkish quarter of the island, was created to honor an Ottoman sultan’s mother. It stood in the area from as early as 1615 according to an inscription on its lintel, and is the oldest known Islamic place of worship on the island. It was declared a listed building by the Greek Culture Ministry in 1981. 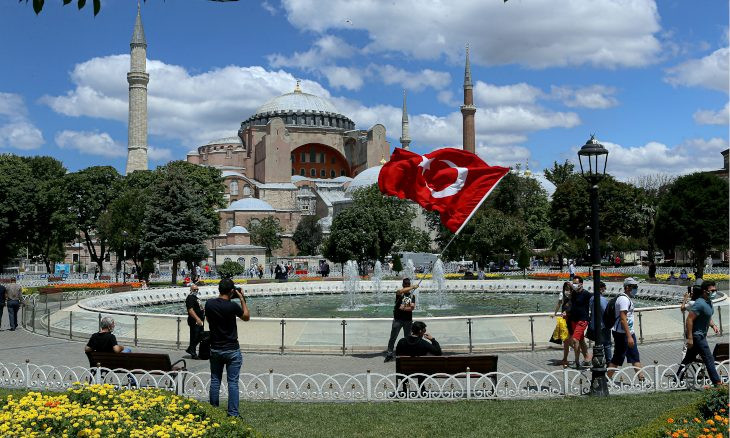 Turkey's 1934 conversion of Hagia Sophia into museum was 'wrong,' 'mistake is being corrected,' says Erdoğan

Works have already begun at the historical mosque that will house an epigraphical museum following its restoration. Visitors to the island will be able to view inscriptions from the Ottoman Period.

The Greek governor's letter came after Turkey’s Council of State — the highest administrative court in the country – on July 10 paved the way for Hagia Sophia’s conversion back into mosque despite international warnings against such a move.

On July 14, Greek Prime Minister Kyriakos Mitsotakis described Turkey's move as “unnecessary and petty” and said the country is “considering its response at all levels.”