Main opposition Republican People's Party (CHP) has reelected Kemal Kılıçdaroğlu as its leader for the seventh time during the party's congress on July 25.

Kılıçdaroğlu received the votes of 1,251 delegates out of 1,318 in the race that he was the sole candidate and was elected as the party leader for the seventh time.

Kılıçdaroğlu has been the party leader since 2010.

Aytuğ Atıcı, İlhan Cihaner and Tolga Yarman had announced their candidacy for party leadership, but failed to secure enough signatures to run for the post.

Cihaner slammed the lack of democracy in the party, while also criticizing the CHP's policies under Kılıçdaroğlu over failing to stop the ruling Justice and Development Party (AKP).

He also said that the signatures given to him were made to withdraw with threats.

The CHP's previous support to lifting of parliamentary immunities and to the military operation in Syria's north were among the issues criticized by Cihaner.

Kılıçdaroğlu, meanwhile, thanked his party for electing him once again, adding that the party will strengthen democracy. 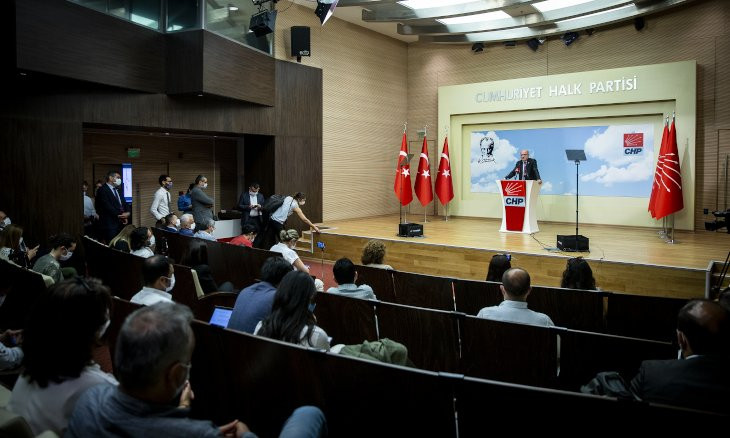