The head of Turkey's Religious Affairs Directorate (Diyanet), Ali Erbaş, is under fire for "damning" the country's founding father, Mustafa Kemal Atatürk, in a sermon.

"Sultan Mehmed the Conqueror endowed and entrusted this outstanding place of worship as the apple of his eye to believers on condition that it should remain a mosque until the last day," Erbaş said, while holding a sword in his hand as a continuation of the Ottoman tradition of conquest.

"Any property that is endowed is inviolable in our belief and burns whoever touches it; the charter of the endower is indispensable and whoever infringes upon it is cursed," he added.

His remarks drew ire since Hagia Sophia was turned into a museum by Atatürk in 1934. 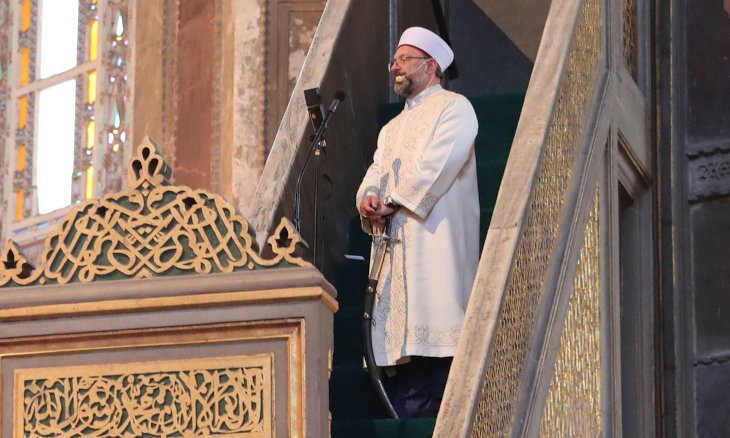 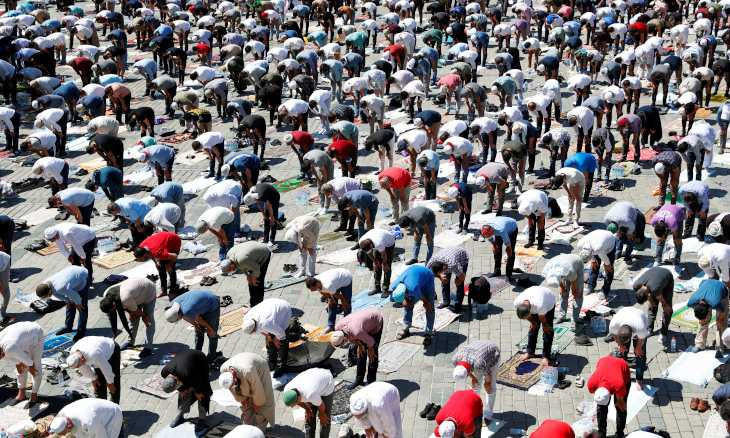 "Those who made a habit of insulting the founding fathers are now protecting those who insulted. Ali Erbaş, you will pay the price of damning Atatürk while holding that post," Özel said.

Another CHP group deputy chair, Engin Altay, urged Erbaş to apologize, while Istanbul deputy Gürsel Tekin said that the Diyanet head won't be forgiven by history or the people.

"Doing this at Hagia Sophia that was saved from occupation thanks to Atatürk and the heroes of War of Independence shows mental disorder," Tekin tweeted, adding that no public servant in Turkey can insult Atatürk.

Another CHP deputy, Levent Gök, called on Erbaş to resign.

İYİ Party Group Deputy chair Lütfü Türkkan, meanwhile, said that Erbaş's remarks will have political and legal consequences, while deputy Aytun Çıray said that he will file a complaint.

"Mustafa Kemal Atatürk is the founding father who turned our people into free citizens via his revolutions in a country that was accepted as the sultan's property. It's unacceptable for the Diyanet head to say these remarks that are based on his hidden agenda," the union said, while reminding Erbaş that he owes the post he currently occupies to Atatürk.

"We expect him to urgently apologize from the people and to resign," it added.

Ömer Çelik, the ruling Justice and Development Party (AKP) spokesperson, sent a series of tweets in an apparent move to decrease criticism.

"The Turkish Republic is a democratic, secular and social state of law. With these characteristics, the Republic is our common ground," Çelik said on July 27, adding that "it's wrong" to produce political polarization regarding Turkey's political regime.

"The Republic is our dearest with all of its values. We remember Atatürk and the heroes of the War of Independence with respect," he also said.

Following criticism, Erbaş defended himself by saying that he didn't mean to damn Atatürk.

"Atatürk died 82 years ago. Prayers are bestowed upon a person who died, not curses," Erbaş told a pro-government columnist, adding that it's not certain that Atatürk had a role in turning the site into a museum.

"It's utterly normal for a Diyanet head to talk about these issues at a mosque. It's not well-intentioned to make these remarks a subject of debate," he said.

Although Erbaş defended himself, the part of the sermon that included the controversial remarks were removed from Diyanet's website on July 27. 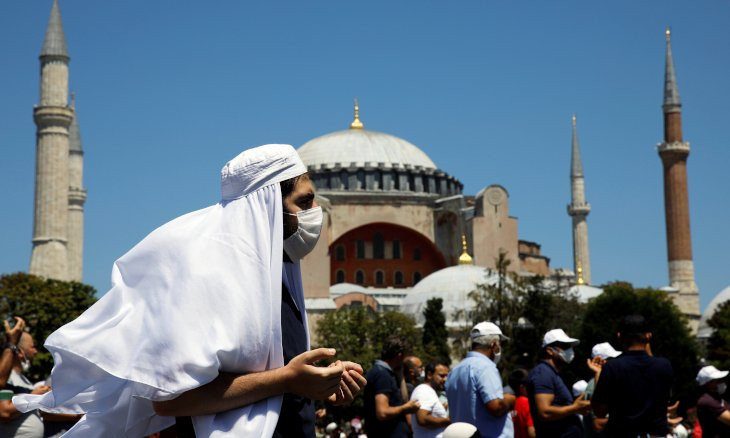