Bahçeli's comments came soon after İnce said during a press conference that “The Country in 1,000 Days Movement” would begin on Sept. 4 in the Central Anatolian province of Sivas. İnce criticized the CHP during his speech and said that the mentor of the movement will be Mustafa Kemal Atatürk, Turkey’s founding father. The reason why İnce chose Sept. 4 for launching his new movement is because this date marks the anniversary of the Sivas Congress, which a milestone on the Turkish Republic's road to independence.

In a not so surprising way, Bahçeli threw his support behind this breakaway movement saying that he believed İnce will try to “turn the CHP back to its essence.” 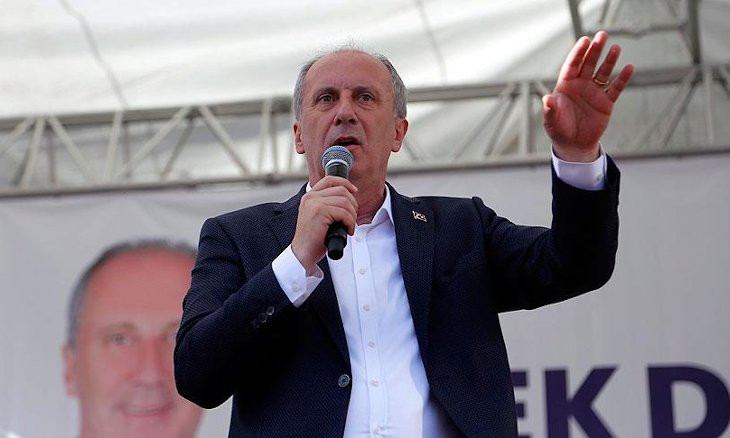 “With this new step that will be undertaken with the spirit of the Sivas Congress, İnce will start a movement within the CHP that attempts to go back to Atatürk's way. So, he will put effort to turn the CHP, which drifted away from its source and origin, back to it essence,” Bahçeli said.

İnce was the CHP’s presidential candidate in the 2018 elections. He lost the election to Erdoğan but managed to garner 31 percent of the votes.

His decision to launch a breakaway political movement came after current CHP leader Kemal Kılıçdaroğlu was re-elected for another term in July. Although İnce's move was not unexpected, experts have said that such a decision has a potential weaken the opposition against the AKP-MHP bloc in the upcoming elections.

This is why Bahçeli's support for İnce as well as his recent call for opposition İYİ (Good) Party leader Meral Akşener to join the MHP do not come as a surprise for many.