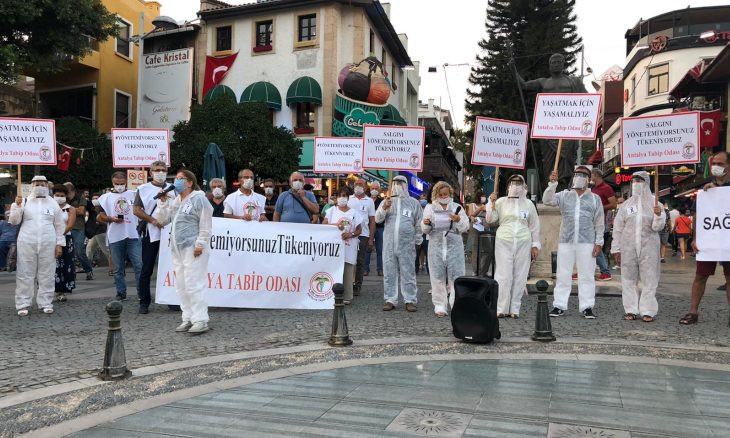 The Adana branch of the MHP has shared Özalevli's photos on their social media accounts and wrote: “In an impertinent way, Mehmet Özalevli has immorally shared posts with regards to our chairman Devlet Bahçeli, who articulated the feelings of our nation by saying the 'TTB should be closed down.' We are looking for this so-called doctor a veterinarian. We will be the ones who find his vaccine.”

Özalevli, an academic at Adana's Çukurova University, notified the public of the MHP's threat indicating that he was scared for his and his loved ones' lives. “If a bad thing happens to me or my loved ones, I would like to make it known that the president and executives of the MHP's Adana provincial branch would be the ones who are responsible,” Özalevli wrote on his social media accounts.

In the face of Bahçeli's call, several renowned people across Turkey, including members of the TTB, have slammed the MHP leader, throwing their support behind the organization.

Bahçeli is a staunch ally of President Recep Tayyip Erdoğan, while the MHP is a coalition partner of Erdoğan’s ruling Justice and Development Party (AKP).

Bahçeli’s comments followed statements from the TTB indicating that the organization was planning to hold demonstration in opposition to the government’s normalization policies, and that the country’s doctors and healthcare professionals were exhausted from fighting the coronavirus epidemic.