The Parliament Speaker's Office has failed to hear draft bills from any political party besides the ruling Justice and Development Party (AKP), leaving 2,817 draft bills from the opposition and the Nationalist Movement Party (MHP) unattended, daily Cumhuriyet reported on Sept. 25. 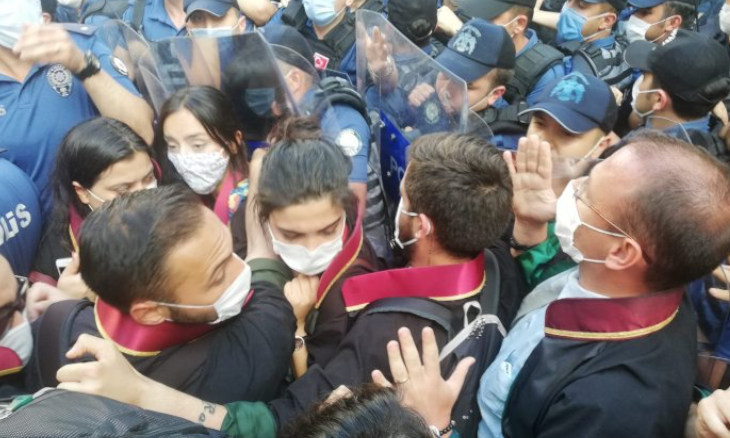 In parliament, a draft bill is first presented to the Parliament Speaker's Office, where the bill is directed to the concerning sub-committee. The sub-committee will then prepare a report about the bill for the general assembly of parliament to debate.

Main opposition Republican People's Party (CHP) deputy Sibel Özdemir presented a series of parliamentary questions inquiring about why all of the draft bills presented by deputies other than the AKP's failed to move onto the general session.

A total of 3,066 draft bills were presented in the past three legislative sessions, and there was only one bill that had signatures from all five political parties, Deputy Speaker Süreyya Sadi Bilgiç said in response to the parliamentary question.

The People's Alliance of AKP and MHP presented five joint bills to the office, and four moved onto be reported on by the relevant commissions.

The AKP presented some 249 draft bills, 100 of which were reported on by the relevant commissions, while one of the CHP's 2,148 draft bills were investigated by commissions.

AKP's ally MHP suffered the same fate as opposition parties, as none of the 264 draft bills they presented made it past the commissions they were sent to.

All of Good Party's (IYI Parti) 264 draft bills are stuck in commission as they haven't been reported on yet.

The Planning and Budget Commission had the highest number of draft bills appointed, the deputy speaker also noted, and the Human Rights Commission received the fewest bills.