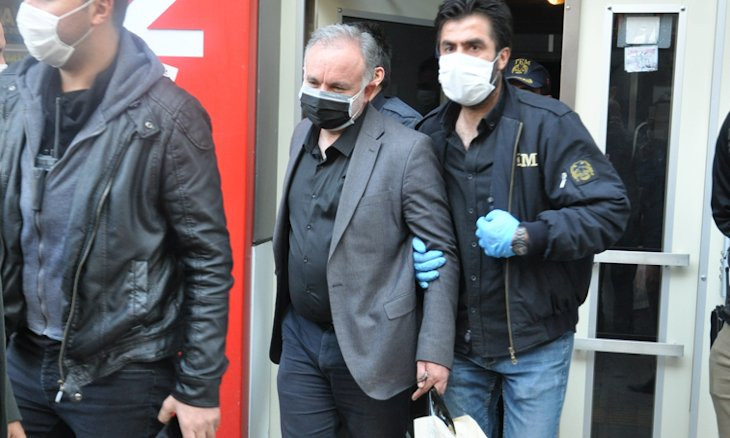 A group of officials and deputies from the pro-Kurdish Peoples' Democratic Party (HDP) held a protest outside parliament on Sept. 28 to condemn the detentions of dozens of party members in a probe into the October 2014 Kobane protests.

The Ankara Chief Public Prosecutor's Office launched an operation in seven different provinces on Sept. 25, issuing a detention warrant for 82 people on terrorism charges that are linked to the Kobane protests.

Turkey's mainly Kurdish southeast erupted in protest in early October against the government's inaction to protect Syrian Kurds from the ISIS invasion of the border town of Kobane.

HDP members and officials who were detained are accused of inciting violence in the protests, where 37 people were killed as members of Turkish Hizbullah also took to the streets.

HDP officials and deputies held a clapping protest outside parliament to slam the detentions of former deputies, mayors and members of the central executive board in the probe into six years ago.