Kurdish politician and writer Mahmut Alınak, who has been put behind bars for several times in his life, was briefly detained on Oct. 8 on charges of “insulting” President Recep Tayyip Erdoğan.

The detention was made public by Alınak's son and lawyer Bişar Abdi Alınak. After giving his testimony, the 68-year-old former People’s Labor Party (HEP) deputy was released.

“His testimony has been taken and he has been released. For now!!!” wrote Bişar Abdi Alınak on his social media account.

The last time that Alınak was put behind bars was on Feb. 17. The court ordered his arrest over a number of charges, including “disrupting the unity of the state and the country,” as well as “weakening the state’s independence” and “separatism.” 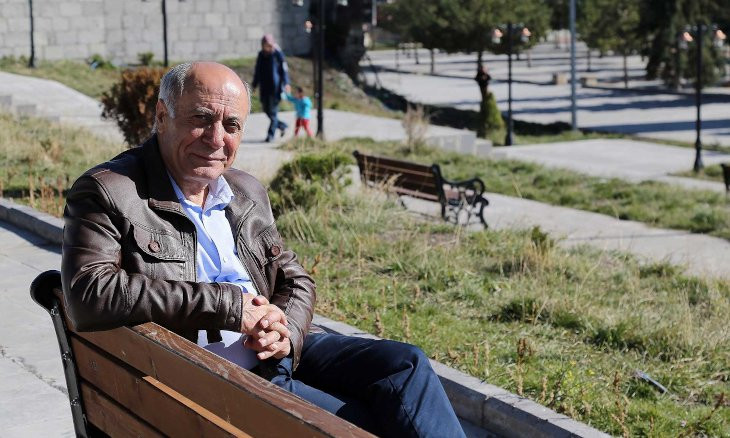 Following two months of imprisonment, the Kars Second Heavy Penal Court on May 13 ruled for the release of Alınak, for whom prosecutors seek life sentence, and put him under house arrest with an electronic bracelet on his ankle. Following an appeal, Alınak on July 8 had the electronic bracelet removed, citing his health problems.

Turkey’s penal code criminalizes insulting the president, with an offender typically facing a prison term of up to four years. The sentence can be increased if the insult is expressed in the public sphere.

Over 3,800 people in Turkey received prison sentences in 2019 for insulting Erdoğan, according to Turkish media outlets.