The ruling Justice and Development Party (AKP) and its far-right ally Nationalist Movement Party (MHP) have rejected the demand of the Peoples' Democratic Party (HDP) to investigate the 2014 Kobane protests for the tenth time.

The HDP asked parliament to investigate what really unfolded during the protests that took place between Oct. 6 and 8, 2014 and that caused the deaths of dozens.

The HDP's move came after dozens of its members, including co-mayors of the eastern province of Kars, were arrested over the protests six years later earlier this month.

The HDP asked parliament to reveal those responsible for the deaths and inciting violence, adding that the protests have become a political tool to sentence HDP members.

It also said that the incident was never properly investigated, adding that there are doubts on the officials at the time of the protests being members of the organization of U.S.-based Islamic preacher Fethullah Gülen.

"Whether they had a role in the massacres and provocations at the time remains in the dark," it said.

The government bloc, however, rejected the HDP's demand for the 10th time. 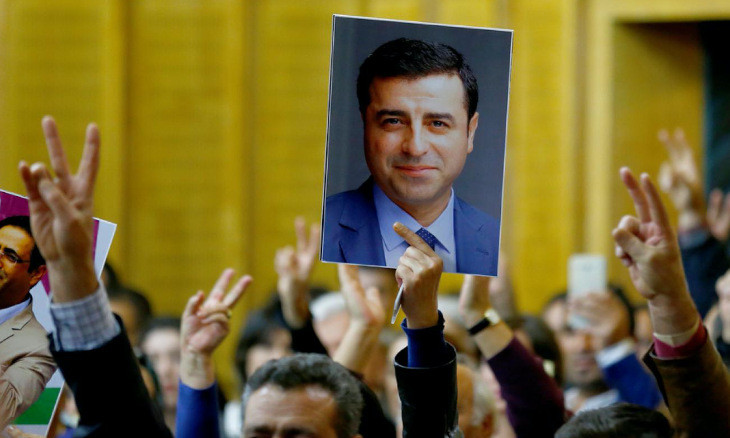