Former Turkish Prime Minister and leader of opposition Future Party, Ahmet Davutoğu, has said that President Recep Tayyip Erdoğan's staunch ally Devlet Bahçeli will make a U-turn and leave him prior to the elections.

In comments aired on KRT TV channel on Oct. 29, Davutoğlu said that the alliance of the ruling Justice and Development Party (AKP) and the Nationalist Movement Party (MHP) is “very fragile” and Bahçeli will not want to take any responsibility for the ailing economy prior to the elections.

“During the pre-election period, Bahçeli will leave Erdoğan out in the cold, just like he did to [former Prime Minister Bülent] Ecevit. He will say that he will no longer partake in the alliance,” Davutoğlu said.

Bahçeli brought the end of the three-way coalition government of late Ecevit in 2001 by calling an early election. Bahçeli's call brought the AKP to government in 2002.

The People’s Alliance of the AKP and MHP has 340 of the 600 seats in parliament. If the 48 MHP members take a decision to withdraw from the alliance, then the government will lost its parliamentary majority, therefore it is known that Erdoğan at certain times bows to Bahçeli's demands. 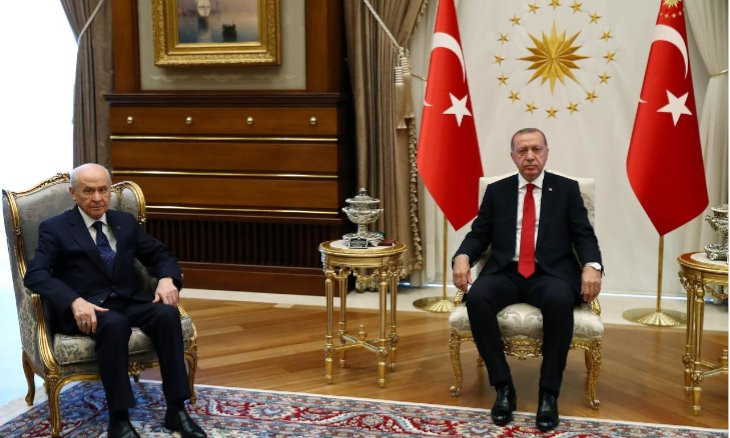