Restoration works have uncovered the 770-year-old original stones of Hıdırlık Bridge in Turkey's Central Anatolian province of Tokat. The Seljuk-era bridge had been initially covered with concrete and then asphalt.

Tokat Mayor Eyüp Eroğlu said that asphalt had been poured on the bridge about 20 years ago and the structure was closed to traffic seven years ago.

“There have been damages to the [original] stones in various parts. These will be fixed with a decision of the conservation board. When the works are completed, the bridge will achieve its image from 770 years ago. We are planning to open it in April-May 2021,” Eroğlu said.

The mayor said that the Board on Conservation of Cultural Assets has been monitoring the municipality's restoration works and the bridge has been put under protection. “It is absolutely forbidden to use materials such as concrete or cement [during works],” he said.

Tokat was once one of the great trading centers of Anatolia. The Seljuks endowed the town with the architecture of great and enduring quality. The 13th-century Hıdırlık Bridge, which straddles the Yeşilırmak River at the western entrance to the town, and the several dervish lodges are good examples. 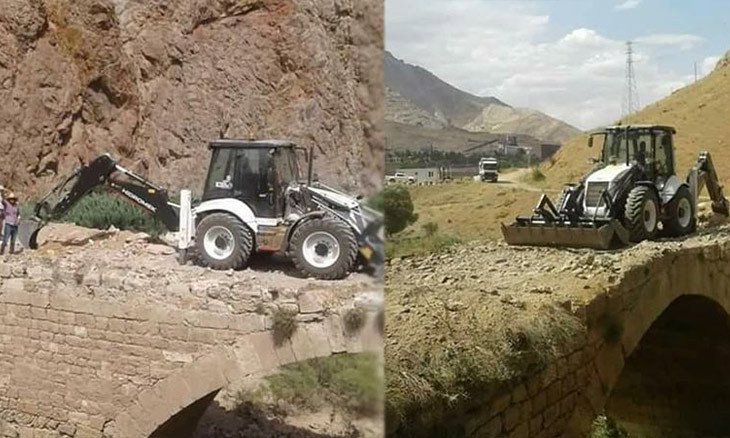