I have been lulled for a long time: Did not know what to think, what to write on anything in Turkey, as all the news we see on TV or papers seemed as part of a perception management campaign and I did not want to make a mistake by constructing any opinion on biased news reports. But there is one issue, that is women’s rights, on which no provocative news report can blur my sight.

The news of Turkey’s withdrawal from the Istanbul Convention wreaked havoc in Turkey, especially among women’s rights activists, lawyers, and any person who is even remotely aware of the violence against women and children rampant in Turkey. Via this midnight Presidential decree withdrawing Turkey from the Convention, claiming that it had been ‘hijacked by the LGBTI+ community,’ the government may believe it has created the turmoil it sought.

Like many political commentators, I would have liked to say that the Turkish government wants to create an artificial agenda to cover up its real agenda. However, a ‘violence against women agenda’ is as real as the ‘economic decline agenda’ in Turkey, as the official data clearly shows.

So, whatever is the government’s justification is for withdrawing from the world’s only binding international treaty on human rights, I do not care. Women’s rights are a matter of survival for women in Turkey, ever more so in the face of the country’s increasing number of femicides. Thus, I would like to take this opportunity to reject the government’s action on this matter and remind them what this Convention really means for Turkey with the hope that those who still do not know about its benefits to the country will think twice the next time they open their mouths:


1.  Before the enactment of Law No. 6284 on Protection of Family and Prevention of Violence Against Women in 2012, as a pursuant to Istanbul Convention, women, like Ms. Ayşe Paşalı, were not protected against violence. Ms. Paşalı was killed by her ex-husband in 2010, as her continuous requests for a restraining order against him were denied, citing the "nonexistence of a marriage bond."  If she had gone to court one year later, after the enactment of Law No. 6284, she could have been protected (the Turkish government recently, in April of last year, admitted its fault in this case at the European Court of Human Rights and had to pay 50,000 euros to Paşalı’s family as compensation). Before, women under threat were not protected by the laws if they were unmarried. Following Law No. 6284, all victims of violence were put under the protection of the state whether they are married or not.

2. Before Law No. 6284, there were no detailed laws protecting people against violence. With this law, protective and preventive measures regarding the victim, perpetrator, and those who have the potential to inflict violence were regulated in detail.

3. Before Law No. 6284, there were only 26 shelters for women trying to escape from violence in Turkey. Since the law came into force, the number of the shelters has increased to 145. It became “an obligation” for municipalities with a population over 100,000 to open shelters for women and children. In the first seven months of 2020, more than 40,000 victims of violence benefited from these shelters. Before Law No. 6284, there were no official helplines for victims.

4. After Law No. 6284, Violence Prevention and Monitoring Centers were opened to conduct support and monitoring services 24 hours a day, for the effective prevention of violence.  In the first seven months of 2020 alone, approximately 120,000 people, including 100,000 women, 8,000 children and 9,000 men benefited from these centers.

6. The Directorate of Judiciary Support and Victim Services was established in 2013 within the Turkish Justice Ministry in order to protect the rights of victims of crime and facilitate the access of vulnerable groups, especially women and children, to justice.

7. After Law No. 6284, in 2014, Judicial Interview Rooms for children were established in the courthouses so that children subjected to violence can be interviewed in a safe place where they do not face their abuser and are not forced to relive their trauma.

8. After Law No. 6284, the second and third ‘National Action Plans for Combatting Violence Against Women’ have been based on the Istanbul Convention principles and the Impact Analysis of the same law.

9. No institution can solve the problem of violence issue on its own. It requires the involvement of many institutions, including police, gendarmerie, social services, judiciary personnel, lawyers, and NGOs, as envisioned in the Istanbul Convention. Governments were tasked with coordinating such activities and the Ministry of Family assumed this role in Turkey. Additionally, a Committee on Monitoring Violence against Women was established to follow up these measures, as was required by the Convention and in the following law.

10. There are dozens of EU-UN funded projects which have been and are still being conducted to help implement the Istanbul Convention. Hundreds of thousands of police officers, lawyers, prosecutors, gendarmerie, and public officers have been trained to deal with victims of violence. Before Law No. 6284, violence victims were usually sent back to their homes, in the absence of professionals with knowledge in this area and in the absence of related structures.

We owe all these positive developments to the Istanbul Convention and Law No. 6284, which was adopted to implement this Convention. Turkey was not only the first signatory of the Convention, but looking at the practices in other countries, it took the Convention seriously.

But then why is Turkey withdrawing from the Convention? Surely, anybody who knows how to read can see there is nothing related to the ‘normalization of LGBTI+’ in the Convention as claimed by the government.

The government, in its statement following the withdrawal from the Istanbul Convention, says it is not going to change Law No. 6284, which it prepared and adopted in 2012, but that it will consolidate the measures against violence through its new Human Rights Action Plan. Indeed, further actions are needed, such as increasing the numbers of shelters, strengthening the economic situations of female victims of violence so that they do not have to go back to the houses, as many have been abused and attacked after leaving the shelters.

But looking at the media interviews with the ruling Justice and Development Party (AKP) members, they seem to have a problem with the definition of gender as a ‘socially constructed’ category. Yes, gender is socially constructed! Men and women are all born equally. Their only difference is their reproductive organs. But society expect them to behave, speak, and dress based on its gendered expectations. That is why gender (not cinsiyet, but toplumsal cinsiyet in Turkish) is socially constructed.

So there is nothing immoral about it. It is the first thing taught in gender courses. All of us are victims of this constructed gender identity. And that is why men are expected to be ‘strong bread winners’ rather than human beings, who can be vulnerable. Similarly,w many women are expected to play the role of weak creatures in this society. But as we know from countless successful women, including the accomplished daughters of President Erdoğan, this is far from true. These are socially constructed roles, which we should try to fight against if we want to turn Turkey into a better society where every woman and man is considered equal and respected as human beings.

The Istanbul Convention seeks to explain the difference between sex and gender, while defining gender as something socially constructed. Let’s not form our opinions and decisions on ‘constructed news,’ but on evidence. That is the only way of creating an environment, which enables human development.

But then, looking at pro-AKP papers, and actually the earlier statements of Erdoğan on gender equality, these circles do not accept the equality between the sexes either. Erdoğan reiterated many times that ‘Women and men are not equal, because their nature is different. Our religion [Islam] has defined a position for women [in society]: Motherhood.’  These Islamic societal values do not only reduce women to child bearers but also advocate for the maintaining of male dominance in all other areas, such as economics, politics and social spheres.

Power struggle between men and women seems to be at the heart of these conservative approaches. But we should not forget that inequality might be at the heart of violence as well. That is the very violence, which Government struggles to eradicate. Of course, some may argue that power does not necessarily mean coercive force and violence; it may also involve social recognition without any violence. It may be a mutually agreed communicative process. Right! But then, it is hard to define AKP’s or any man’s top down approach, as such. It is rather the power exercised by the powerful over the powerless, despite the rightful objections, in rather coercive ways. 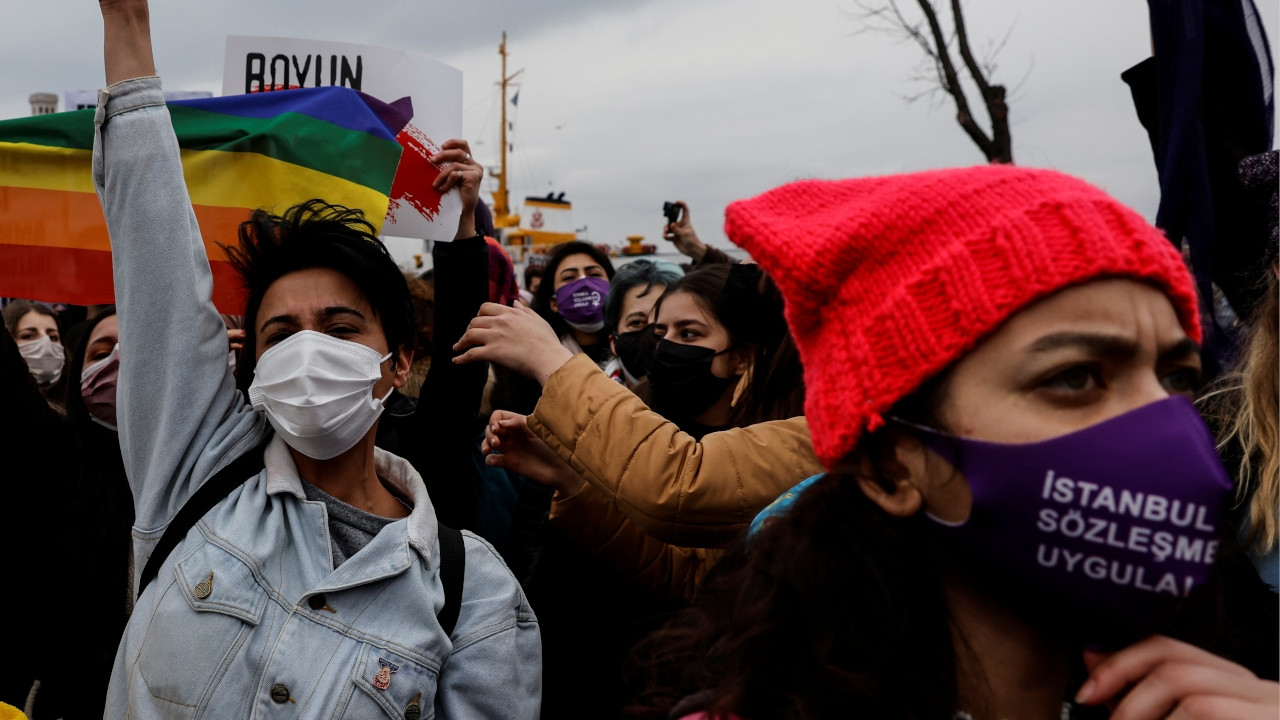 More than half of Turkish citizens disapprove of withdrawal from Istanbul Convention: SurveyWomen 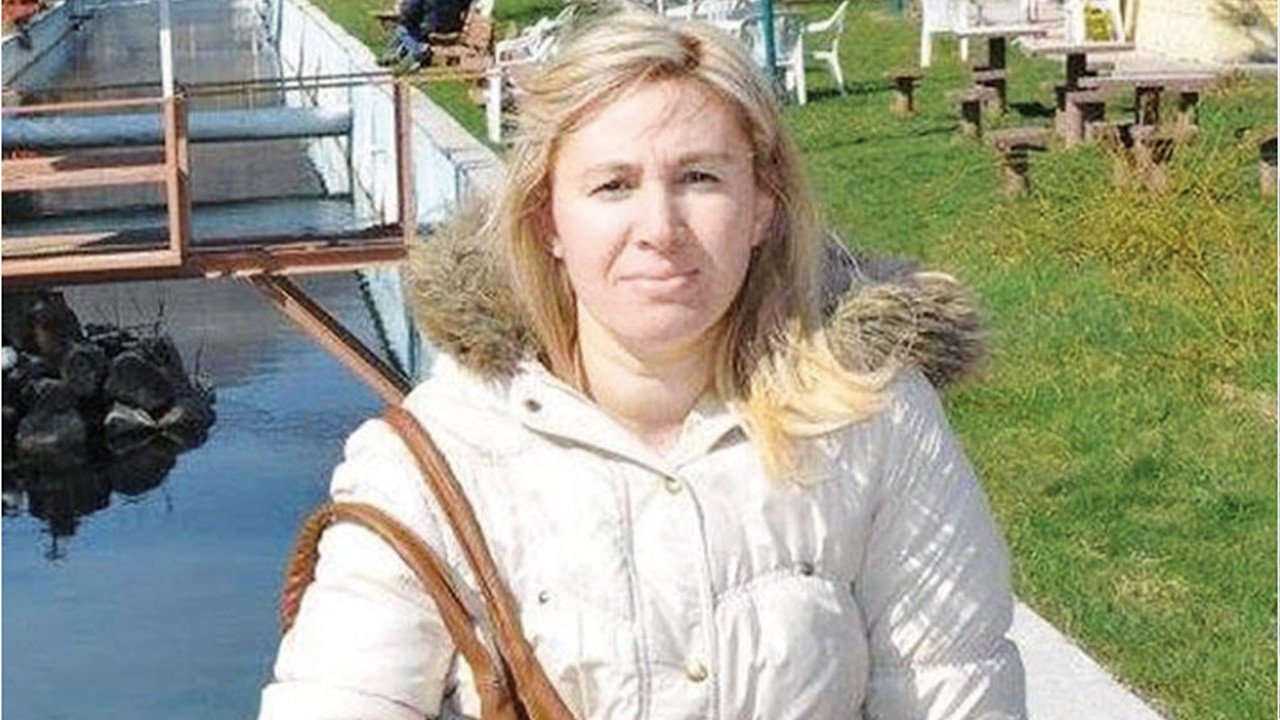