Turkey is remembering victims of the Sivas Massacre, which took place when a large group of radical Islamists set the Madımak Hotel in the Central Anatolian province of Sivas on fire on July 2, 1993, killing 33 intellectuals and two hotel personnel, on 28th anniversary.

A commemoration ceremony was held on July 2 in Sivas to remember the victims. Relatives of those killed in the massacre, lawmakers from the main opposition Republican People's Party (CHP) and the Peoples' Democratic Party (HDP) attended the ceremony in addition to rights groups.

Thousands of people walked towards the Madımak Hotel carrying a huge banner of “No to massacres, justice for Madımak” and photos of the victims. They shouted slogans of “The light of Sivas will not go out” and “Justice for everyone, for Sivas” and repeated their demand that the former hotel be turned into a “museum of shame.”

The building, which became a symbol of discrimination faced by Turkey’s Alevi population, was expropriated in 2010 and turned into a science museum.

The crowds left carnations and photos of the deceased in front of the former hotel, which was barricaded by the police.

At a speech held here, HDP spokesperson Ebru Günay said that the rulership has been protecting the perpetrators of the massacre. “We know the perpetrators very well. We are still facing a mentality that does massacres. The mentality is still on duty with deep state structure,” she said.

She said that the current rulership “continues to be a party to the massacre by not uncovering the truth and not turning the Madımak Hotel into a museum of shame.”

“We voice our struggle with Alevi community once again. We will continue to struggle until justice is served,” she said.

The chair of the Alevi Bektashi Federation Hüseyin Güzelgül said that the Alevi community's pain is still very fresh and they will not forget those having a responsibility in the massacre.

He recalled that charges were dropped against some suspects owing to the statute of limitations, i.e. some of those involved in this massacre went unpunished.

Pir Sultan Abdal Culture Foundation (PSAKD) chair Gani Kaplan said that the state itself “is directly involved in the Sivas Massacre,” calling on authorities to uncover the truth behind the atrocity.

The attack against the Madımak Hotel targeted a group of artists and scholars participating in a conference organized by the Alevi organization PSAKD. The event came at a time when writer Aziz Nesin, who was among the guests, had become a public target for translating Salman Rushdie’s “The Satanic Verses” into Turkish.

The participants of the conference were accused of being infidels by the large crowd outside, who had been provoked to action by a number of local political leaders, including the current leader of Felicity Party, Temel Karamollaoğlu, who refrains from calling the massacre a "massacre."

Adding to the pains of the massacre, many of those responsible escaped justice.

The massacre has become a major cause for Turkey's community of Alevis who make up the biggest religious minority in the mainly Sunni country.

Thousands have also taken to social media to remember the massacre and commemorate the victims, using the hashtags of #unutMADIMAKlımda (I have not forgotten Madımak, it is on my mind) and #sivaskatliamı (Sivas Massacre).

CHP leader Kemal Kılıçdaroğlu shared a message in a video in which he called on authorities to confront this massacre for a more democratic Turkey and to determine the ones that showed failure and negligence in preventing it.

"For us to be able to start rebuilding our lives and society, our country needs to get rid of tragedies like this. It is because of this that we need to expose this disaster's primary elements, confront them and know to say 'never again,'" Kılıçdaroğlu said in his message, calling for the declaration of the Madımak Hotel as a "museum of shame."

“The mentality that gathered in front of that hotel that day, called for a massacre, set the hotel on fire is still in the rulership. We will defeat that mentality! Definitely,” Workers Party (TİP) deputy Barış Atay said on Twitter, as he shared a video footage showing Islamists setting the hotel on fire.

A couple of of them in the video are heard saying, “You will burn these so that they will turn into pieces of tulle clothe, nylon,” while the rest of them applaud those breaking into the hotel.

The HDP said that the Sivas Massacre has been committed against humanity. "Through the protection of the perpetrators and hiding those responsible, the fire of the Madımak is made to continue. Our judiciary struggle aims to extinguish this fire," the HDP said on its Twitter account, also sharing photos from the commemoration march in Sivas.

Istanbul Mayor Ekrem İmamoğlu said that the massacre keeps “wounding people's hearts.” “All beliefs and cultures are this country's core values and esteemed. We will rip out the hatred and discrimination,” he wrote on Twitter.

Renowned musician Burhan Şeşen said that no government or state official has officially apologized up to date for the massacre.

“Many of the murderers have been let to escape and the rest have been released on the grounds of the 'statute of limitation.' The power that keeps us standing is our belief that those who have committed this crime and instigated it will one day stand trial,” he tweeted. 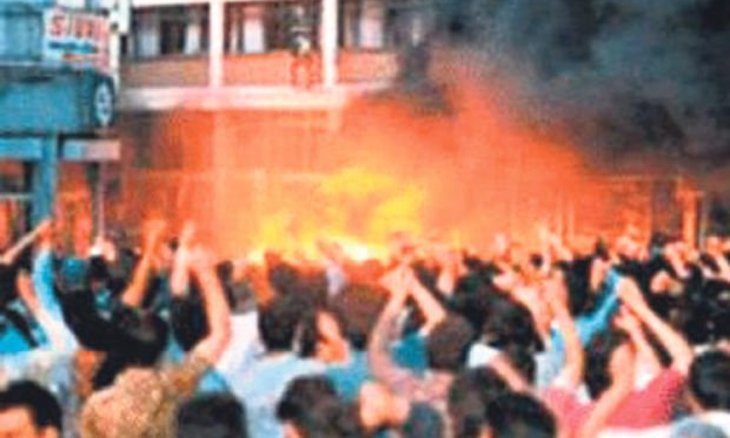 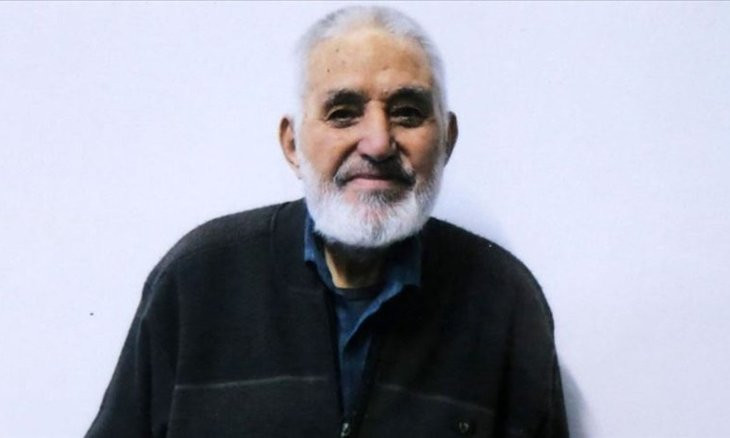