Turkey has deployed 1,100 meters of sea barriers to contain the oil spill that occurred in Syria and threatens all of the Mediterranean, Transportation and Infrastructure Minister Adil Karaismailoğlu said on Sep. 1.

The spill originated in a power plant in Syria's northwestern city of Baniyas, located on the Mediterranean coast, according to local media outlets.

Meanwhile, Turkish Cyprus asked for help from Ankara to manage the oil spill that's expected to reach its shores, which the CNN reported to be as large as the size of New York City.

The Turkish Directorate General of Coastal Safety deployed two ships to the island state, Karaismailoğlu noted, adding that the vessels are expected to arrive on Sep. 3. 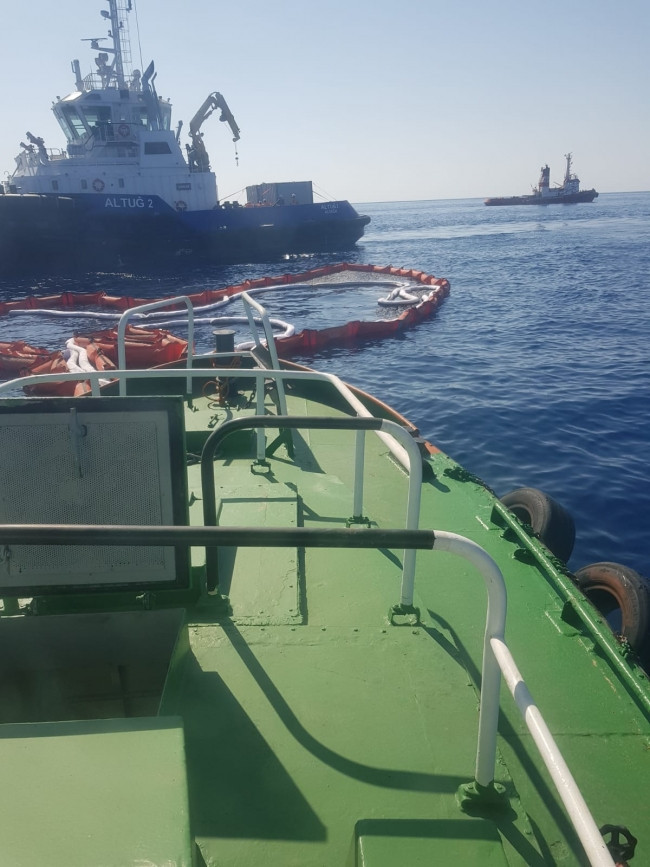 More than a million-decares-wide part of the water was polluted as of Aug. 30, satellite images showed, the minister noted, adding that multiple factors from the weather to the water temperature can affect the spread of the spill.

There's currently no pollution detected near the shores of neither Turkey nor Turkish Cyprus, the minister said, but they have equipment on deck to interfere should the spill reach either state.