Turkey urged its citizens late Aug. 29 to postpone visits to the Iraqi capital Baghdad due to deadly clashes there, which are spreading across the country.

Issuing a travel alert for Iraq, the Turkish Foreign Ministry said: "Considering that the security situation in Baghdad has started to deteriorate, our citizens are advised to avoid traveling to the aforementioned city except for compulsory situations."

"It would be beneficial for our citizens currently in Iraq to stay away from places where mass demonstrations are held in Baghdad, to follow additional warnings and announcements made by our Ministry and Embassy in Baghdad, and to be vigilant for their personal safety," it added.

In a separate statement, the Foreign Ministry said Turkey is "concerned" about the developments in "brotherly" Iraq.

The stability and security of friendly and brotherly Iraq is of vital importance for Turkey, the ministry said.

"We hope that the current political conflicts will be resolved peacefully and through inclusive dialogue, and the peace and well-being of the Iraqi people will be ensured," it added.

At least 13 protesters were killed on Aug. 29 after supporters of Iraqi Shia cleric Muqtada al-Sadr stormed the Republican Palace, the seat of the Iraqi government in Baghdad, according to local media. More than 350 protesters were also injured in the unrest.

Authorities urged Iraqis to abide by a nationwide curfew and instructions from the security apparatus.

The situation deteriorated in Baghdad earlier on Aug. 29 after al-Sadr said he was quitting politics for good.

The Republican Palace is in the heavily fortified Green Zone, which houses government agencies and several foreign diplomatic missions.

The US administration, following the unrest, reiterated "that reports of (our) Embassy (in) Baghdad being evacuated are false."

“We’re aware of the reports of increasing violence and potential casualties, and we condemn the use of violence above all. Now is the time for dialogue,” he said.

Armed clashes erupted between al-Sadr loyalists and supporters of the rival Coordination Framework, an Iran-linked umbrella bloc of Iraqi Shia parties, according to eyewitnesses.

Iraqi authorities declared a nationwide curfew in an attempt to quell the unrest. Iraqi parties have been unable to form a new government since the last elections on Oct. 10, 2021. 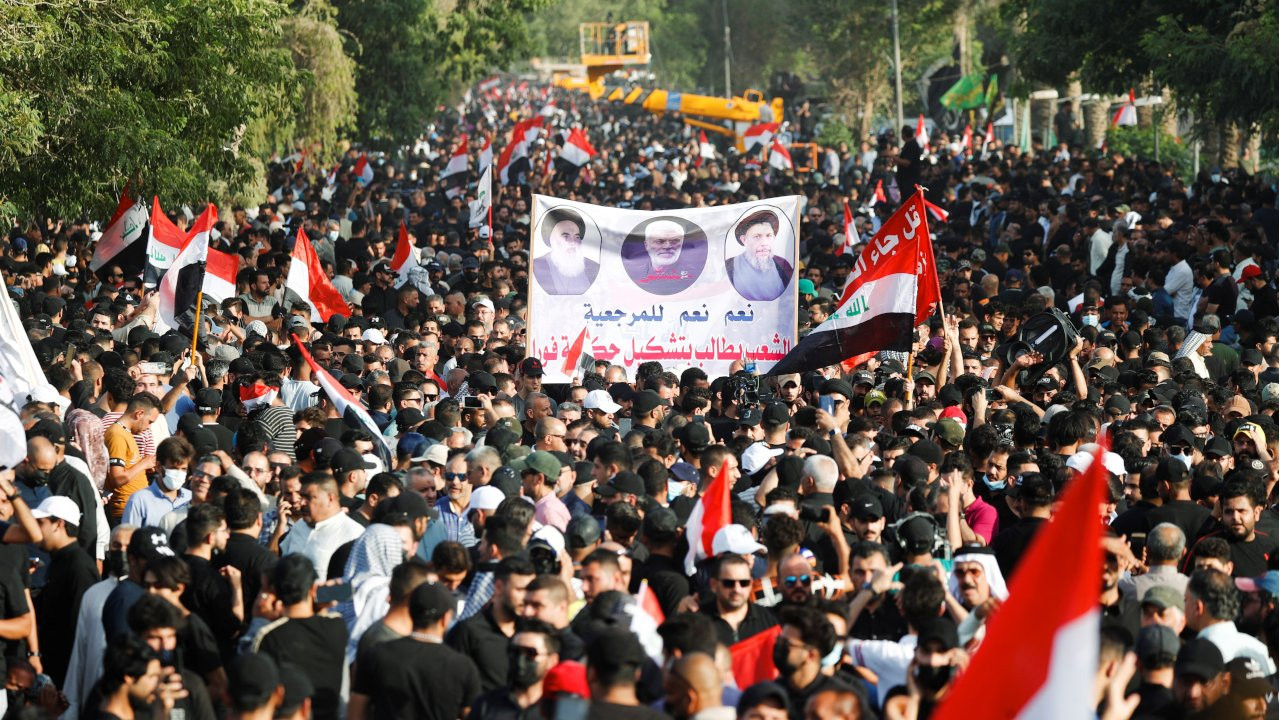